Mbappe had an off-night against City but remains PSG’s biggest threat Paris Saint-Germain are already the underdogs against Manchester Cit...

Paris Saint-Germain are already the underdogs against Manchester City tonight – and their chances would only decrease without Kylian Mbappe.

The French champions trail 2-1 ahead the Champions League semi-final second leg at the Etihad, live on talkSPORT, and must score twice to have any chance of going through.

If it’s goals they need, Mbappe is usually the man they rely on more than any other.

Despite a quiet night in the first leg, the 22-year-old has enhanced his reputation among the world’s very best players with a stellar 2020/21 campaign.

With four Ligue 1 titles and a World Cup already to his name, Mbappe has already recorded a staggering 37 goals and ten assists this season in all competitions.

Only Bayern Munich’s Robert Lewandowski, Barcelona’s Lionel Messi and Borussia Dortmund’s Erling Haaland have been involved in more goals than Mbappe this term.

While the Frenchman has travelled with PSG to Manchester, doubts have been reported over his fitness after an apparent injury which ruled him out of the 2-1 victory over Lens on Saturday.

However, City boss Pep Guardiola fully expects him to feature.

“He’s going to play,” Guardiola said on Monday. “I’m looking forward to him playing. For the football, for the game itself, hopefully he can play.” 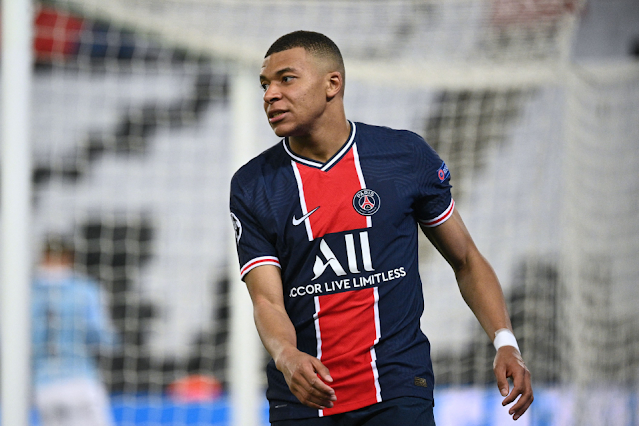