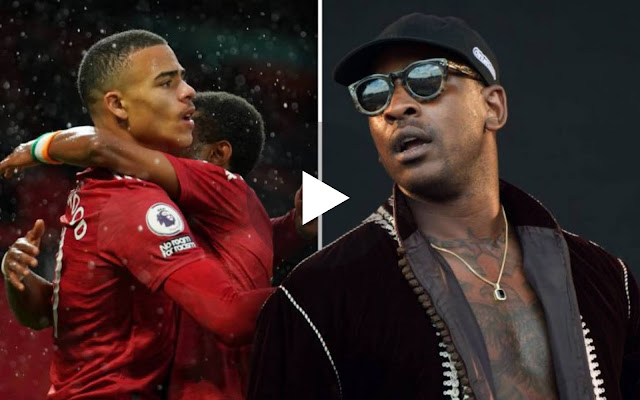 Manchester United found themselves a goal down against the Champions League chasing Foxes, with Luke Thomas having snuck in at the back stick to steer the ball into the top corner.

Thankfully for the heavily rotated Red Devils, Greenwood replied in due course. With Amad Diallo providing the assist, Greenwood beat Kasper Schmeichel with a cool finish.

It was a goal which cut the deficit and kept Man United’s hopes of preventing arch rivals City winning the Premier League title tonight alive. They would not want to be the ones to win it for them.

One man who will be as disgusted as anyone to see City with their hands on the title again is rap legend Skepta, who is a huge Manchester United supporter.

After Greenwood fired home to level the scores, Skepta immediately took the Twitter to post a video of the strike, as well as a celebratory image to follow it up.

Unfortunately for Skepta, and Man United, they were unable to build on Greenwood’s equaliser, thus surrendering control of the game to Leicester City.

Ultimately, the one that really matters from United’s perspective is against Liverpool on Thursday night.