Real Madrid, Barcelona and Juventus reportedly face being banned from the Champions League for two years after trying to form the failed E... 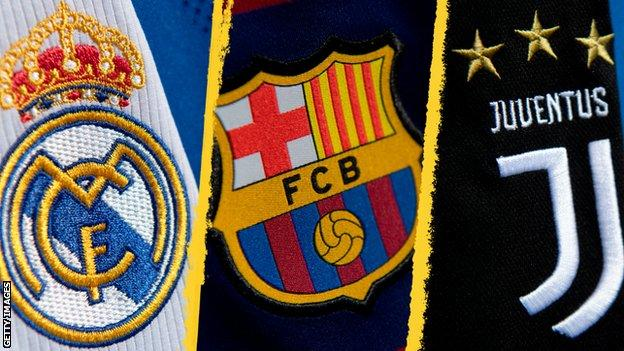 Real Madrid, Barcelona and Juventus reportedly face being banned from the Champions League for two years after trying to form the failed European Super League.

The La Liga duo and the Serie A giants were key players in the controversial scheme, which quickly collapsed after a huge backlash from fans around Europe.

Manchester United, Manchester City, Liverpool, Chelsea, Arsenal and Tottenham were initially also involved in the project to form a new breakaway competition too, but ended up quickly pulling out, followed by Atletico Madrid, Inter Milan and AC Milan.

According to the Sun, however, Real, Barca and Juve remain in hot water with UEFA after their plotting, and will now be investigated.

The report states that this could lead to a strong punishment for these clubs, potentially as much as a two-year ban from the Champions League.

This would hit all these clubs hard after their great history in the competition, while it would also surely significantly harm their finances due to the amount these teams make from TV money for playing in Europe’s top club competition.

It would certainly be surreal to see three such big names out of the Champions League for two years, but let’s see how the probe goes and if UEFA are really ready to go through with such a strong punishment.