Manchester United are reportedly one of four Premier League clubs eyeing up a transfer deal for Arsenal midfielder Ainsley Maitland-Niles.... 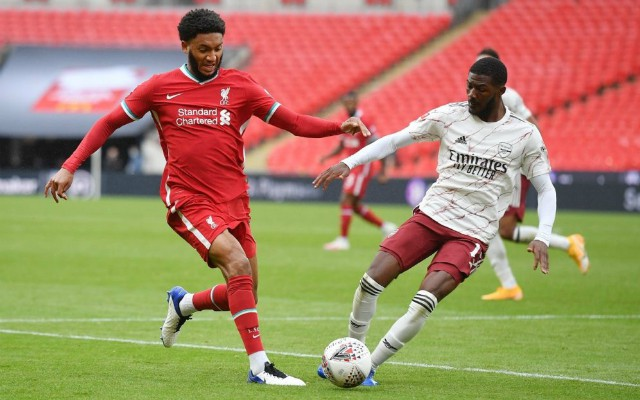 Manchester United are reportedly one of four Premier League clubs eyeing up a transfer deal for Arsenal midfielder Ainsley Maitland-Niles.

The Gunners ace is currently on loan at West Brom but his long-term future remains in doubt as he prepares to return to parent club Arsenal at the end of this season.

In a surprise report from the Mail, it’s claimed that Man Utd are one of the teams keen to snap up Maitland-Niles this summer, along with Everton, Leeds United and Southampton.

It is not yet clear how much Arsenal might demand from Maitland-Niles’ sale, but some fans may be concerned about Mikel Arteta’s strange reluctance to use him.

The 23-year-old had some impressive moments for the Gunners in their FA Cup-winning run last season, but he’s since fallen out of favour and moved out on loan to West Brom.

Still, it seems plenty of big clubs rate Maitland-Niles highly, so Arsenal should perhaps think twice about letting him go, especially if he joins a rival club like United.

Maitland-Niles came up through Arsenal’s academy, so there could be a big profit to be made on a player they developed themselves, but it could also make it more painful if he ends up being a success elsewhere in the Premier League.