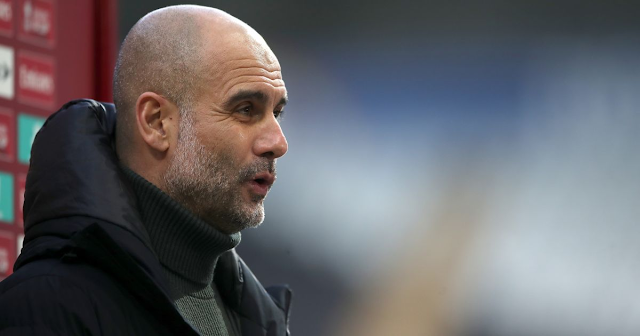 Pep Guardiola aimed at thinly-veiled dig at Manchester United’s two Champions League triumphs after guiding Manchester City into the showpiece for the first time in their history.

Riyad Mahrez struck twice as City produced a superb all-round performance to beat 10-man Paris Saint-Germain 2-0 on the night at the Etihad. The Paris-born winger struck in each half, adding to his effort in the first leg, as the Premier League leaders completed a 4-1 aggregate victory.

PSG threw plenty into attack as they attempted to chase the tie in unexpectedly icy conditions. But in an impeccable performance from Ruben Dias, they found no way through the Blue Steel.

After the game, Guardiola gave an insight into the tactical change that helped secure their historic moment.

They will meet either Real Madrid or Chelsea in the Istanbul showpiece later this month.

But in his post-match press conference, Guardiola couldn’t help but dig out rivals United. He suggested their 2008 title was only down to the John Terry’s infamous slip in the Moscow rain.

“Getting to the final now makes sense of what we have done in the past four or five years,” he told BT Sport.

“Every day these guys have been consistent and this is remarkable. We scored a goal through the hips in the first game, and today Marquinhos hit the bar in the first half . You can be out for little details.

“United won a title because of John Terry’s slip and in the last minute against Bayern Munich. Real won a title against Atletico in the 93rd minute. It’s a competition that is so difficult and something in the stars is involved in that.”

"His name is Phil."
"It's Felipe."
"No! His name is Phil, he's 20, from Stockport!"@GaryLineker, @rioferdy5, @JoleonLescott and Joe Hart laud the praise on the Man City starlet 👏👏👏 pic.twitter.com/jTgN4cO1hL

Rio Ferdinand, part of the BT Sport coverage, offered a quick response to the rebuke. He could not resist a cheeky dig at City of his own. However, the former United skipper was also fulsome in his praise of City.

Jesting in reference to United’s haul of the league title, FA Cup and Champions League in 1999, Ferdinand responded: “It’s not the real treble, but it would be a fantastic achievement.”

He did heap praise on City however.

“They are (creating history) and they are doing it in a fantastic manner, the way they play football,” he added. “Listen, I am not a Man City fan, everyone knows that, but I enjoy watching them play football.”

“It is for all of us and the club. I’m incredibly proud and my first thoughts are with the players who didn’t play today. They all deserved to play, everyone has made a contribution and now it is time to enjoy it,” he said. 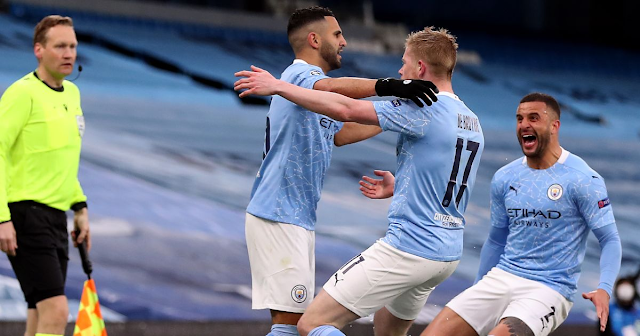 “We have to win the league and we have two or three weeks to prepare for the final.

“They put a lot of players in the middle. We struggled a lot in the first half to high press and we changed at half-time.

“We recovered the ball better in the second half. It was much better in the way we played and 4-1 on aggregate against a team that beat Barcelona and Bayern Munich and it means a lot to us.

“They win every year the league, they are a team built to win, they fought to the end. They a huge team but we were so so composed.

“We fought together and we’re in the final of the Champions league and those are nice words.”