Manchester United legend Roy Keane believes that Edinson Cavani agreeing to stay at Old Trafford could be "an easy way out" for the club's owners. Cavani's contract with United is due to expire at the end of the season and his father has previously said the forward is keen on a return to South America.

However, United boss Ole Gunnar Solskjaer has said he is hopeful Cavani will stay, telling reporters after United's 6-2 Europa League win over Roma: "Edinson was out for seven months and not playing football for a very long time before he came to us.

"He's had a couple of injuries and has worked really hard to show his quality.

"He knows my feelings, he knows that I would love to have him for another year, we have spoken about it.

"I understand this year has been very difficult, but I promised him that Old Trafford and Manchester is a different place with fans in the stadium.

"I'm doing my best, nights like this [help], hopefully we can get to the final and hopefully he can see himself being here for another year.

"We don't have to sell the club to him. It's about the feeling he gets coming into training every day, the environment we created, the team we are creating that he is a part of.

"He has to feel what it's like to score those goals at the Stretford End with fans, it's a different feeling.

"We've got the best fans and, as a goalscorer, there is no better feeling than scoring and celebrating in front of them."

According to TNT Sports Argentina, Cavani has been persuaded to stay at Old Trafford and the report states that he is set to sign a two-year extension.

However, Keane believes United need to sign a new striker instead, claiming the veteran forward will not "get Man United back to winning league titles".

Speaking on Sky Sports, Keane said: "Cavani is a good point, because I kind of hope in one sense they don’t keep him. Because then they might look at it and go, 'We don't need to go out and get another striker'. It might be an easy way out.

"He’s 34. If you’re hanging your hat on Cavani next year to get Man United back to winning league titles, forget about it.

Keane also claimed United need to "put a marker down" this summer by making a marquee signing, adding: "Again, I will go back to the recruitment.

"I think United, going forward, certainly need to go and make a big, big signing – whether it be a Kane or a [Jack] Grealish, put a marker down. They probably need another centre-half, but I still think at the top end of the pitch, when we look at some of the games this year they’ve drawn, they’ve lacked that real bit of quality.

"They’ve got some brilliant players, there’s been progress, but the worry for Manchester United is that the next step now is the biggest and the hardest one and that is to go and get that league title. Liverpool were brilliant last year, Man City excellent this season, but United are still a bit short." 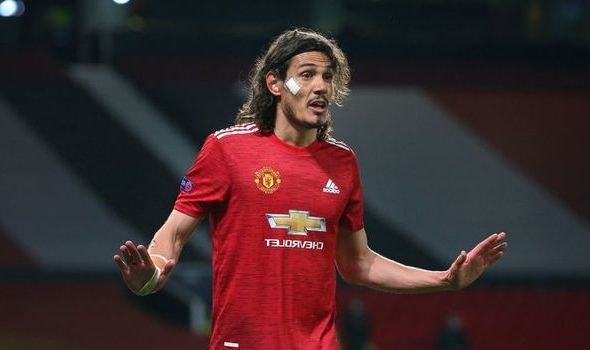