Manchester City great Sergio Aguero has taken to social media to ‘apologise’ for the Panenka penalty miss he was behind in this evening’s ... 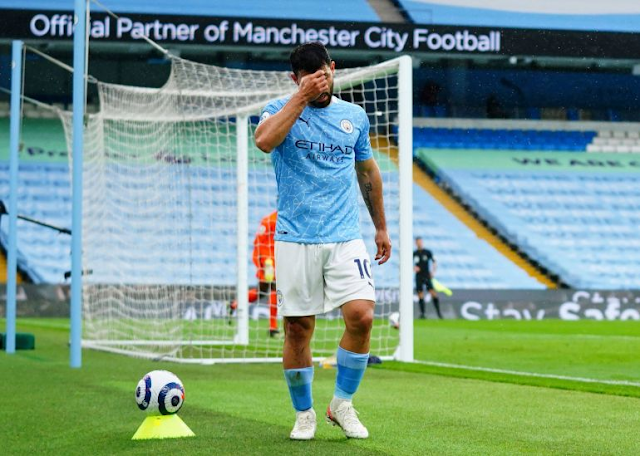 Manchester City great Sergio Aguero has taken to social media to ‘apologise’ for the Panenka penalty miss he was behind in this evening’s 2-1 defeat to eventual Champions League foes Chelsea.

It looked as though the Citizens could put the tie to bed as Gabriel Jesus won a penalty just moments after Raheem Sterling’s opener, as he was brought down by Billy Gilmour.

Whilst Thomas Tuchel was busy venting about the decision to award the spot-kick with some fierce words to the referee, Aguero stepped up to take on the penalty duties.

The world-class striker, who is leaving on a free transfer this summer, royally messed up the opportunity though as an audacious lob attempt down the middle was scooped up by Edouard Mendy.

Chelsea went on to equalise in the 63rd minute and then win it in the final moments of the match.

This has led Aguero to take to Twitter and ‘apologise’ to his teammates, staff and supporters for ‘missing the penalty’, admitting it’s a ‘bad decision’ that he takes ‘full responsibility’ for.

I would like to apologise to my teammates, staff and supporters for missing the penalty. It was a bad decision and I take full responsibility.

Pep Guardiola agreed that Manchester City legend Sergio Aguero was 'selfish' with his penalty against Chelsea and that the striker was 'convinced' with his decision... pic.twitter.com/igux6MJqLH

Aguero’s public apology, which really wasn’t necessary to a fanbase that adore the Argentine for a stellar decade of service to the club, comes just as Pep Guardiola commented on the matter.

In the post-match press conference, Guardiola made a bizarre ‘selfish’ statement on Aguero’s decision, which probably makes a bigger deal out of the miss than it actually is.

City will be hoping that the fact both teams considerably rotated their teams today will not offer Chelsea too much confidence as they prepare to clash in the Champions League final at the end of the month.