Sir Alex Ferguson's son has told us he was told to prepare for the worst after the United legend suffered a brain haemorrhage.

Jason Ferguson is the director of a new film about his dad's life, Sir Alex Ferguson: Never Give In, where the Manchester United legend recounts to him the most important stories of his life both in and out of football.

It was Jason who made the potentially life-saving 999 call after his dad collapsed at home on the 5th May 2018.

"When I made the call at the time I felt I was calm and in control. My dad doesn't remember any of this but he was sitting up and talking. But I didn't want to freak my dad out or freak my mum out."

But after listening back to it for the film he realised it was more emotional that: "It threw me hearing it back for the first time."

Jason describes the harrowing hours that followed as they were rushed first to Macclesfield Hospital - and then Salford Royal for specialist treatment.

At that point doctors said Sir Alex had suffered a brain haemorrhage.

"It was just a case of me fearing the worst - I was told by the doctors, I was told the neurosurgeons - he's had a massive bleed on the brain. Prepare for the worst.

"Thankfully he survived the operation and had made a full recovery."

The film explores how after that surgery Sir Alex's biggest fear was losing his memory - and the impact that would have on both his life and his family's.

The film features exclusive and previously unseen archive footage to help tell the moving story about the extraordinary power of memory.

Speaking to us, Jason explained how brilliant his dad's memory is and how he's able to remember specific details from back in the 50s - and can recall dates and stats from over the years.

Never Give In also provides insights to his childhood and family, alongside sporting triumph and failure - including the infamous United treble win in 1999 and his 13 Premier League titles.

Sir Alex Ferguson: Never Give In is in UK cinemas on 27th May and on Amazon Prime Video from 29th May. 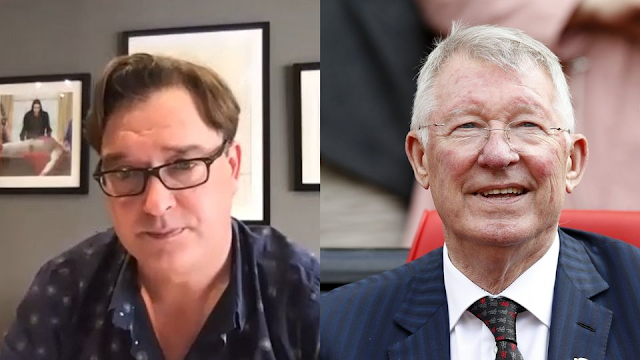