Video: Arsenal lead Chelsea after calamitous Jorginho back pass is superbly saved by Kepa only to gift Smith Rowe goal 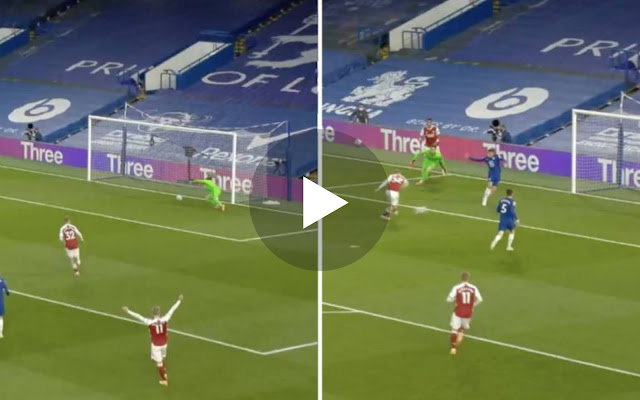 Arsenal have taken the lead over Chelsea at Stamford Bridge, and what on Earth has happened here?

The Gunners headed to Stamford Bridge this evening as underdogs, with Chelsea having been one of the best teams in the Premier League since Thomas Tuchel took the reins.

Chelsea defeated champions Manchester City at the Etihad last time out, the perfect way to set yourself up for a London derby on your home turf, or so you’d have thought.

One man who did not start that contest, thus could be forgiven for being a little rusty, is Jorginho – but there’s nothing forgivable about how he gifted Arsenal their opener.

Jorginho didn’t even look up as he passed the ball back towards goalkeeper Kepa Arrizabalaga. His wayward back pass almost ended up in the back of his own net.

While Kepa did superbly to prevent Jorginho scoring an own goal, he could only parry it to Pierre-Emerick Aubameyang, who squared the ball to Emile Smith Rowe, who wasn’t going to miss.

You have to see it to believe it.

Arsenal lead after a calamity mistake from Jorginho!