Manchester United are trailing again at Old Trafford, with visitors Leicester City taking the lead for a second time through a Caglar Soyunc... 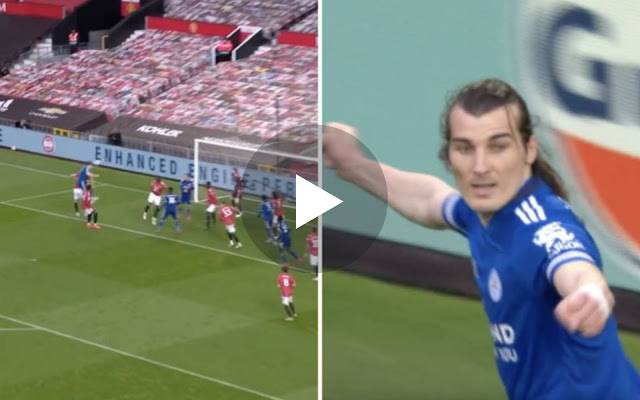 Manchester United are trailing again at Old Trafford, with visitors Leicester City taking the lead for a second time through a Caglar Soyuncu thumping header.

Leicester initially went ahead through Luke Thomas’ first ever Premier League goal. He ghosted in at the back post to volley home into David de Gea’s top corner. It was a fine finish, one which left the Spaniard with no chance.

Man United were not trailing for long, however, with Mason Greenwood beating Kasper Schmeichel, assisted by Amad Diallo, to put the Red Devils within a goal of preventing Manchester City becoming champions tonight.

Ole Gunnar Solskjaer brought Marcus Rashford and Edinson Cavani onto the field in an attempt to get United that goal, but as Rashford trotted into the penalty area, unsure who to pick up, he left Soyuncu with far too much space.

The Turk took full advantage, rising above the United defence and beating de Gea with an absolute bullet of a header, in what could be a pivotal goal in the race for Champions League qualification.

Caglar Soyuncu with a thunderous header! 💥

There was no stopping him there!