Cristiano Ronaldo netted his 100th goal for Juventus during the first-half of his side’s clash with Sassuolo this evening. Ronaldo, who has ... 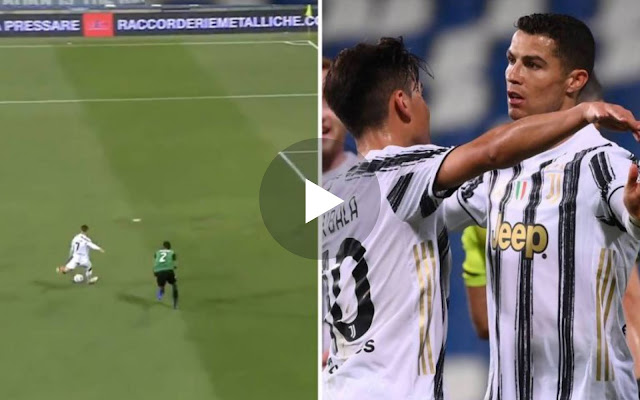 Cristiano Ronaldo netted his 100th goal for Juventus during the first-half of his side’s clash with Sassuolo this evening.

Ronaldo, who has been able to do nothing to prevent Juventus enduring a difficult season under Andrea Pirlo, has a fight on his hands to ensure he will be playing Champions League football next term.

While the title has already been decided in Italy, the race for second, third and fourth is very much on. Even with a win tonight, Juventus would still only be fifth in Serie A with two games left to play.

All that they can do ensure that they win 3/3 and hope that their rivals drop points, and having gone 2-0 up in the first-half of their clash with Sassuolo tonight, they’re on the right track.

After Adrien Rabiot gave Juventus the lead, Cristiano Ronaldo raced through on goal, beat the defender and slotted the ball past the goalkeeper to net his 100th goal in Juventus colours.

Yet another milestone for one of football’s greats.

A comfortable and much-needed two goal cushion for Pirlo's side going in to half time 👏 pic.twitter.com/SGUdip8Pfw