Departing Crystal Palace manager Roy Hodgson has provided insight into his emotions in wake of a 3-1 defeat to Arsenal on his Selhurst Park ... 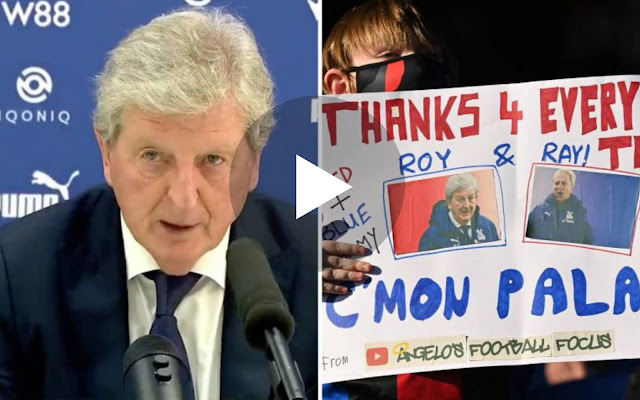 Departing Crystal Palace manager Roy Hodgson has provided insight into his emotions in wake of a 3-1 defeat to Arsenal on his Selhurst Park farewell.

It was announced yesterday that Hodgson would be leaving Palace, the club who he had a youth career with as a player and took charge of for four years as manager.

After nearly four years of managing his boyhood club, Roy Hodgson will be stepping down as our manager at the end of this season.

Thank you for everything, Roy ❤️💙

Hodgson is now 73-years-old, so this could well be the end of his managerial career, one which began way back in 1976, or ten years before any of his current crop of Palace players were born.

His impending exit made today’s clash with Arsenal an emotional one for Hodgson, with it being the last game that he will ever manage at Selhurst Park, the home of his beloved club.

His comments to the press in wake of the game were raw and emotional, with Hodgson down after the defeat and the manner in which it came about, but also appreciative of the bigger picture.

Here’s what he had to say in full…

"I will never forget all the incredibly nice things that have been said about my career."

An emotional Roy Hodgson speaks after taking charge of his last ever Crystal Palace game on home turf. 😢 #CPFC pic.twitter.com/huQXiRkjOR