In the 62nd minute of this evening’s marquee Premier League meeting between Manchester City and Chelsea, the Blues drew themselves level wit... 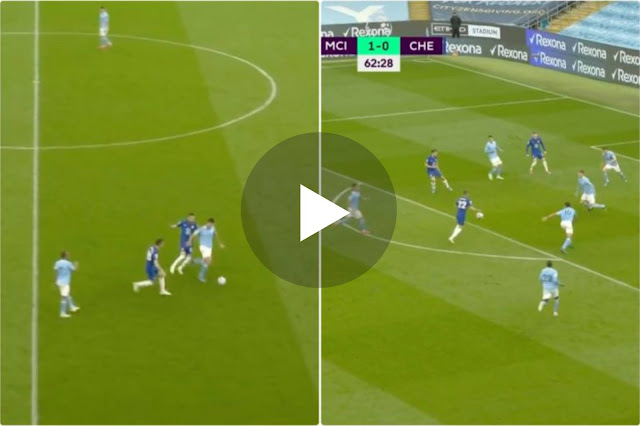 In the 62nd minute of this evening’s marquee Premier League meeting between Manchester City and Chelsea, the Blues drew themselves level with some clinical transition play.

Hakim Ziyech and Cesar Azpilicueta hounded defensive midfielder Rodri into losing the ball, with the Manchester City star protesting for a free-kick after possession was snatched from his grasp.

Azpilicueta dribbled forward a little before slotting it over to Ziyech, the summer signing took a touch before playing it into Christian Pulisic, who sparked an opportunity with some trickery.

Pulisic turned away from Nathan Ake as he slipped the ball out wide to Azpilicueta, who showed his underrated ability going forward by picking out Ziyech with a tidy pass to the edge of the box.

Ziyech took a touch, bubbling the ball up into the air, before drilling it into the bottom corner with a wonderful finish.

Ziyech also hit the back of the net against a rotated Manchester City side when the teams met in the FA Cup a few weeks ago, maybe Tuchel should start the ace in the Champions League final after this run…

What a goal Hakim Ziyech🔥🔥