Kylian Mbappe has marked his return from injury with a goal for Paris Saint-Germain in the Coupe de France semi-final. Mbappe missed the s... 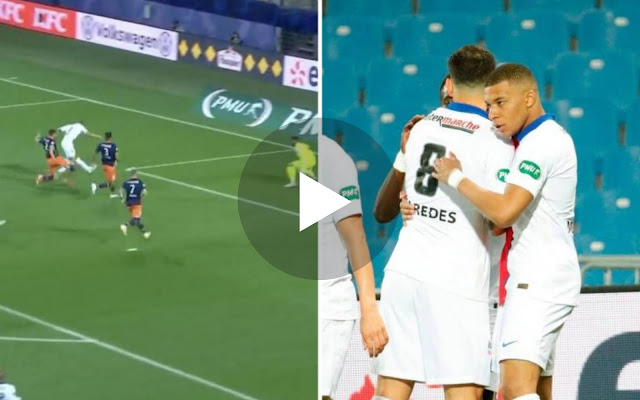 Kylian Mbappe has marked his return from injury with a goal for Paris Saint-Germain in the Coupe de France semi-final.

Mbappe missed the second-leg of the Champions League semi-final clash with Manchester City through injury, and hasn’t featured for PSG since.

In that period, PSG have been knocked out of the Champions League and seen their hopes of winning Ligue 1 crumble before their eyes, with Lille in pole position.

Mauricio Pochettino will have been delighted when Mbappe was passed fit to feature against Montpellier tonight, and the superstar has had an immediate impact.

The Coupe de France is pretty much all PSG have left to pay for, and they’ve taken the lead in their semi-final clash with Montpellier after Mbappe made one of his trademark runs beyond the defence and found the finish.

He doesn’t have the look of a fan who’s been out injured, rather a striker who’s razor sharp and ready to fire on all cylinders between now and the end of the season.

Mbappe scores to put PSG 1-0 up in french cup semi-finalpic.twitter.com/zLtcIrNOUN