Leicester City star Daniel Amartey got his comeuppance after being filmed tossing the Chelsea pennant on the floor after the FA Cup final. L... 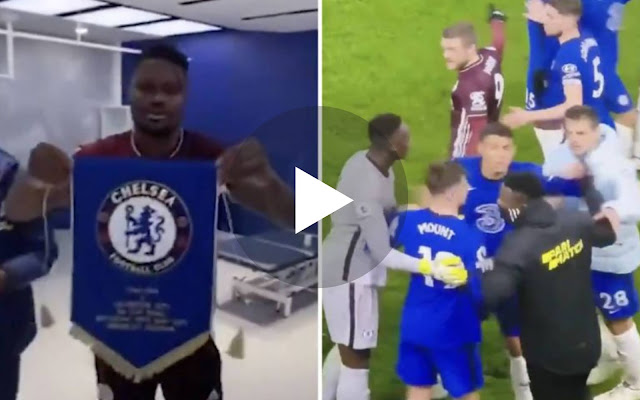 Leicester City star Daniel Amartey got his comeuppance after being filmed tossing the Chelsea pennant on the floor after the FA Cup final.

Leicester defeated Chelsea in the FA Cup final on Saturday thanks to a wonder strike from midfielder Youri Tielemans.

While Leicester were were good value for the victory, with Chelsea not posing a considerable goal threat, there was a serious lack of humility post-match.

Foxes star Daniel Amartey was filmed in the dressing room, throwing the Chelsea pennant, which was given to Leicester pre-match as is tradition, onto the floor.

The disrespect from Daniel Amartey 🤭

As a brawl erupted towards the end of today’s Premier League clash between the two sides, Amartey decided to get off the subs bench and involve himself.

Cesar Azpilicueta, Thiago Silva and Mason Mount all took issue with Amartey, with their angry reaction potentially linked to his post-match antics on Saturday.

In Azpilicueta and Mount you have two real Chelsea men, while Thiago Silva’s commitment to the cause could never be called into question.

They will earn even more brownie points among the fanbase for standing up for the club against Amartey here.