Liverpool target Lorenzo Pellegrini has got on the scoresheet with a quick-fire brace for AS Roma against Crotone this afternoon. Jurgen Klo... 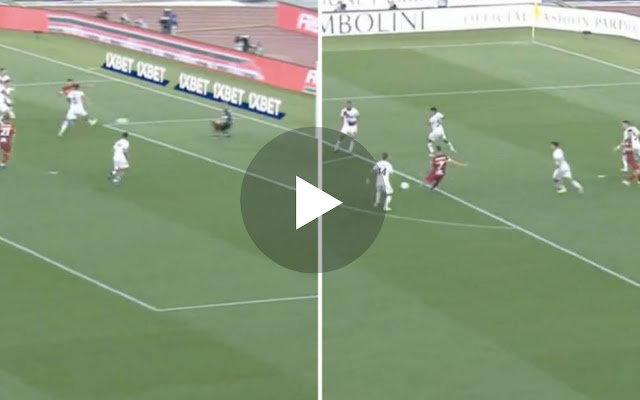 Liverpool target Lorenzo Pellegrini has got on the scoresheet with a quick-fire brace for AS Roma against Crotone this afternoon.

Jurgen Klopp will be in the market for reinforcements this summer, in wake of a disappointing campaign, with the Mirror reporting that Pellegrini is a transfer target for the Reds.

Pellegrini, who wears the armband at current for AS Roma, has a contract which runs only until the summer of 2022, as is reported by Transfermarkt.

That presents Liverpool with a realistic chance of signing him, and on today’s evidence, they ought to do all they can to get him through the door this summer.

Seventy minutes into the contest, with Roma leading by just the one goal, Pellegrini found himself with a yard of space in the penalty area, having received the ball from a throw-in.

He kept his cool, picked his spot and slotted past the goalkeeper to double his side’s advantage and add a goal to his season tally.

Pellegrini was not done there, however. Just three minutes later, he struck the ball first time on the edge of the box, with his effort having the required precision to nestle in the bottom corner.