Leicester City have taken the lead over Manchester United at Old Trafford after a quite stunning finish from Luke Thomas. Man United, who fa... 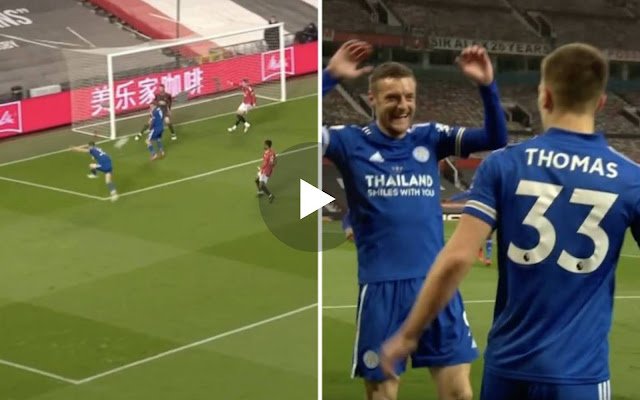 Leicester City have taken the lead over Manchester United at Old Trafford after a quite stunning finish from Luke Thomas.

Man United, who face Liverpool on Thursday night, made ten changes for this fixture, with Mason Greenwood being the only player who kept his spot in the starting XI.

Leicester City, on the back of a heavy defeat to Newcastle United, can ill afford to drop more points if they want to be playing Champions League football next season.

They will surely have seen Man United’s starting XI and sensed an opportunity, with the Foxes being quick out the blocks and on the scoresheet after ten minutes.

Luke Thomas, who had never previously scored in the Premier League, came in unmarked at the Man United back post to steer the ball into the top corner on the volley.

David de Gea had no chance, with Man United, at the point the ball hit the back of the net, in need of two goals to prevent Man City winning the title tonight.

They’ve hit back through Mason Greenwood – can Ole’s youngsters get another?

Luke Thomas with an inch-perfect strike into the top corner to give Leicester the lead!