Arsenal have netted a second goal against West Brom, with Nicolas Pepe having scored an absolute stunner. The Gunners, who headed into today... 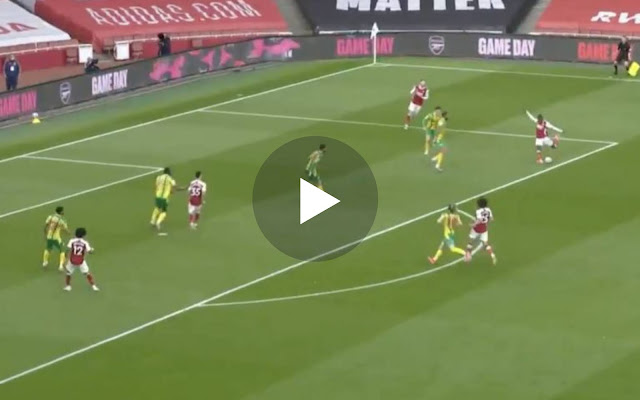 Arsenal have netted a second goal against West Brom, with Nicolas Pepe having scored an absolute stunner.

The Gunners, who headed into today’s game on the back of their Europa League exit on Thursday night, needed a response this evening to dull down fan frustrations.

Arsenal’s season is effectively over, but in their case, and certainly Mikel Arteta’s, playing for pride would not be a token reward. In a season this disappointing, positives have to be taken when they can.

If Emile Smith Rowe’s opening goal, assisted by fellow Arsenal academy product Bukayo Saka, wasn’t enough of a positive for the fans, this absolute peach from Nicolas Pepe will be.

Pepe is a hot and cold player, but he has a wand of a left foot and can be so dangerous these kind of positions.

Arsenal letting off some steam here 😡

Arsenal fans will be hoping to see more of this from the Ivorian going forward. It would only be fair to acknowledge that he is hardly the only Arsenal player to fall short of expectations this term – and he’s only 25.