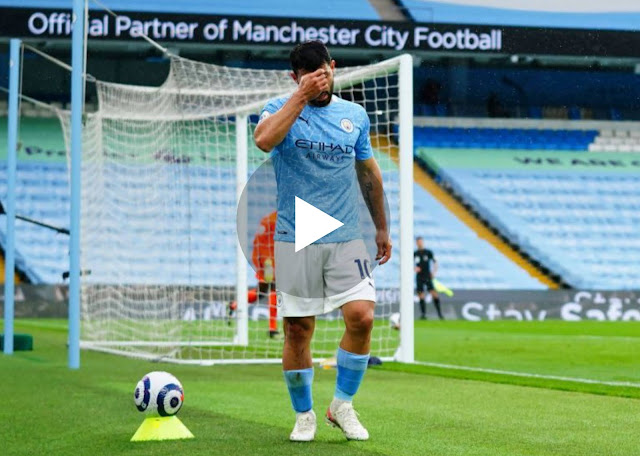 The Argentine apologised on social media after his fluffed spot-kick invited Thomas Tuchel’s men to perform a dramatic comeback in the second-half to further delay the Citizens’ title celebrations.

It was the latest in a long line of moments for Times journalist Paul Hirst in demonstrating that the forward’s time at the Etihad has reached a natural end, claiming that the 32-year-old was no longer “on the same wavelength” as the rest of the City squad.

The club’s all-time top goalscorer is set to part ways with Pep Guardiola’s champions-elect on a free come the season end.

Despite a severe injury having left Aguero in the lurch, as a free agent, one might expect many sides within and outside the Premier League to seriously consider the former Atletico Madrid star as an option.

It hasn’t been a fairytale end – at least on a personal level – for the No.10, but a move elsewhere could yet breathe new life into the latter stages of his career.

🗣"He doesn't look like he fits in anymore." @hirstclass talks about Sergio Aguero's overall performance for Manchester City against Chelsea yesterday pic.twitter.com/vebpIhHJrd