Chelsea are 1-0 up against Manchester City in a fixture that they have mostly dominated in the opening 45 minutes of the Champions League fi... 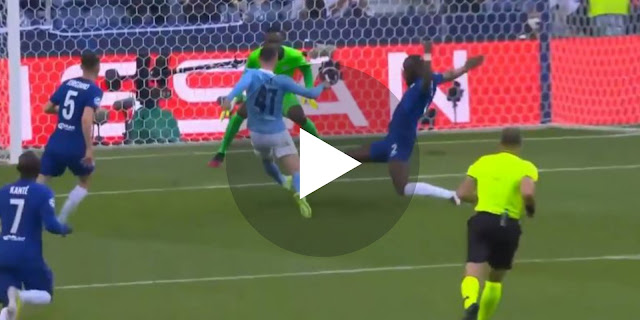 Chelsea are 1-0 up against Manchester City in a fixture that they have mostly dominated in the opening 45 minutes of the Champions League final in Portugal.

Pep Guardiola’s men have not been entirely unthreatening, however, with what appeared to be an almost certain opener from Phil Foden denied by a magnificent block from Antonio Rudiger.

Finding himself in a pocket of space in the 18-yard-box, the Englishman’s poked effort, which looked all but destined for the bottom-right corner of the net, was expertly caught by the centre-half’s lunging boot.

It’s a vital contribution from the German that will no doubt be pointed to as a moment that kept the tide in Chelsea’s favour ahead of Kai Havertz’s opening goal to break the deadlock.

The 28-year-old has been a reliable performer for Thomas Tuchel’s men in Europe and will need to keep up his prior form for the remainder of the clash with the Citizens, particularly now with his defensive partner, Thiago Silva, having walked off injured in the first-half.

Antonio Rüdiger with an incredible block against Phil Foden! 💪