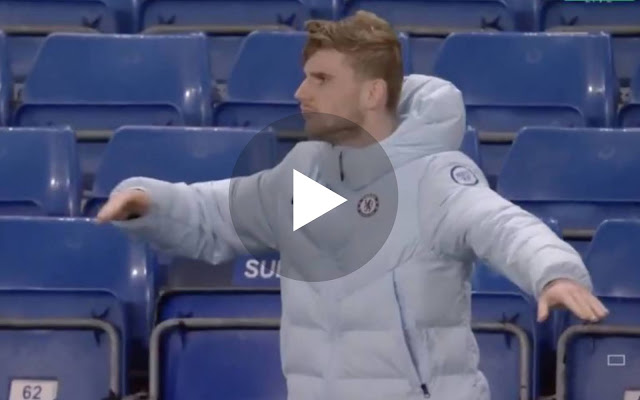 Timo Werner clearly enjoyed Chelsea’s victory over Leicester City, with the Blues striker being filmed dancing at the full-time whistle.

Werner has a quite remarkable ability to keep his chin up, even when things aren’t going his way.

The German international was robbed of a stonewall penalty before having two goals disallowed, and that was all within the first-half of the contest.

While he finished the game without having got on the scoresheet, nobody could accuse him of not having an impact prior to being substituted off.

Werner was evidently happy with his performance and Chelsea’s victory, as after the full-time whistle had blown, the cameras spotted him having a dance.

A player who has endured the season he has could be forgiven for being beaten down by it. Not Timo, though, he’s still standing.