Tottenham manager Ryan Mason was quizzed on the future of Harry Kane post-match, with the Spurs star being linked with a summer exit. Mason ... 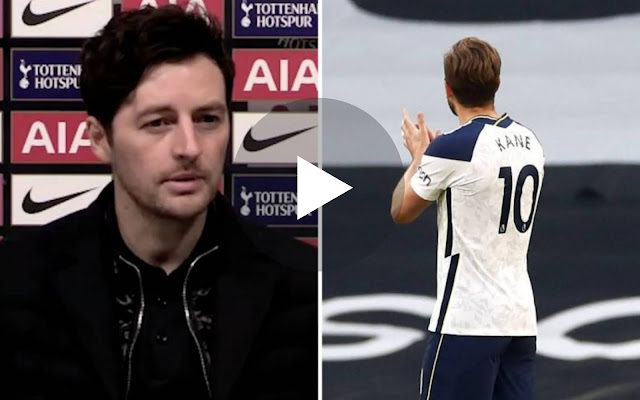 Tottenham manager Ryan Mason was quizzed on the future of Harry Kane post-match, with the Spurs star being linked with a summer exit.

Mason was given the tough task of inheriting this mentally fragile Spurs squad, with Jose Mourinho departing as a consequence of their underperformance.

One player who could never be accused of not playing his best football in a Tottenham shirt is Harry Kane, who has been the club’s top scorer in all of the last six seasons.

However, as Sky Sports have reported earlier in the week, Kane is thought to want to leave Tottenham at the end of the season, with Man United, Man City and Chelsea all keen.

If Kane were to depart, that’d make today’s 2-1 defeat to Aston Villa his last ever home game for Spurs – and some could argue that the manner in which they capitulated would make it a fitting one.

Post-match, Kane did a solo lap of the Tottenham Hotspur Stadium, clapping the fans as if he were saying his farewells, but Ryan Mason is intent on not reading too far into it.

Here’s what the Spurs boss had to say in full…

Ryan Mason is not reading too much into Harry Kane's post-match behaviour, amid rumours the Tottenham striker wants to leave. #THFC #MUFC #MCFC #CFC pic.twitter.com/D0dj68VCf5