Video: Tottenham’s Sergio Reguilon scores one of the most comical own goals you’ll ever see vs Aston Villa

Sergio Reguilon, what have you done? The Tottenham full-back has netted a comical own goal to draw his side level with Aston Villa in front ... 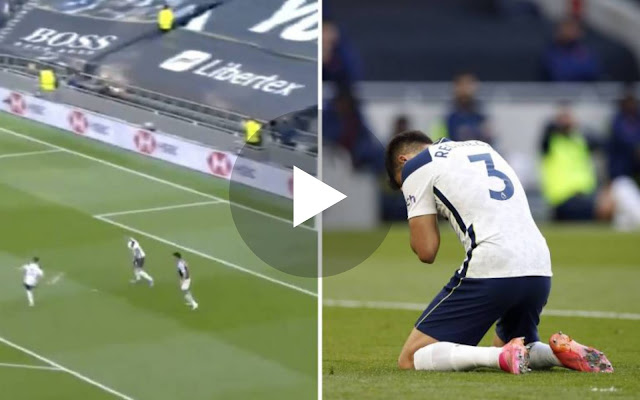 Sergio Reguilon, what have you done? The Tottenham full-back has netted a comical own goal to draw his side level with Aston Villa in front of his own fans.

Reguilon has had to spend the bulk of his debut season as a Tottenham player playing his football in front of an empty stadium, but not today.

With the easing of lockdown in the UK having come into law on Monday, football fans are now allowed to be back in the confines of the stadiums, in limited numbers.

The last thing that any player, especially a player like Reguilon, who is yet to earn his stripes in front of the Tottenham faithful, would want to do, is make a mistake.

Unfortunately for the Spaniard, he’s made a huge one, lashing at a ball into the penalty area and somehow diverting it into the back of his own net.

He’s not going to want to watch this one back…

What a finish from Sergio Reguilon...just at the wrong end! 😬

The defender slices his clearance and it flies past Lloris into the top corner!