Thomas Tuchel has made five changes to the Chelsea side that booked their place in the Champions League final against Real Madrid ahead of... 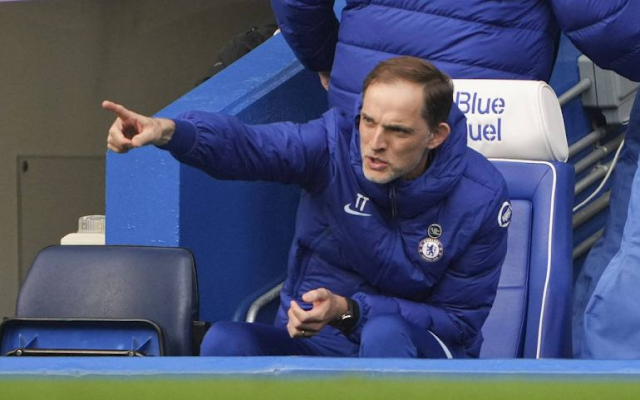 Thomas Tuchel has made five changes to the Chelsea side that booked their place in the Champions League final against Real Madrid ahead of today’s clash against final foes Manchester City.

The Blues appear to be fielding another formation that utilises three centre-backs and two wing-backs, but there’s a bit of rotation and a few position changes.

Cesar Azpilicueta seems to be moving back inside to centre-back, with Thiago Silva being rested and academy graduate Reece James taking the reins at wing-back.

The other change in defence sees Marcos Alonso replace Ben Chilwell on the left flank.

Billy Gilmour has netted himself an opportunity to shine by giving Jorginho a well-deserved break, whilst Hakim Ziyech replaces Mason Mount and Christian Pulisic offers some relief to the in-form Kai Havertz.

This could be a 3-4-3 formation from Tuchel, with Pulisic and Ziyech out wide or the three attackers could be operating more centrally, leaving James and Alonso to provide the width.

Here is how Chelsea will line up for the mammoth Premier League tie:

Team news is in for #MCICHE! 🤝

Here's how the Blues line up... pic.twitter.com/f8EkVYLR8n

I just knew he was going to play Gilmour and Alonso. Man wants to throw this game.

Tuchel definitely doesn’t want to give anything away ahead of the CL final, also assume he probably doesn’t expect to win so figures a massive rotation here is beneficial

Hmm. This looks more like keeping players happy, than setting out to win a game. We really need to remember that top four has not been decided.

Throw the game on purpose so Pep overthinks the final please

Pulisic masterclass incoming but I'm terrified for Alonso against Mahrez.

Chelsea’s stars are of course deserving of a rest after a wonderful victory in the Champions League, but they can’t take their foot off the gas today as the battle for fourth place is still fierce.

Tuchel and his soldiers also won’t want to come second place against Pep Guardiola’s men this evening, for fear that the same tune could ring true in the Champions League final at the end of the month.