Manchester United boss Ole Gunnar Solskjaer sprinted onto the pitch to embrace Edinson Cavani following their 3-1 win over Aston Villa on Sunday. The Uruguay international started the match on the bench. But he came on to score, boosting his side’s chances of finishing second in the Premier League table in the process.

Manchester United fell behind against Aston Villa, with Bertrand Traore opening the scoring in the 24th minute.

He capitalised on some poor defending from Victor Lindelof to strike, beating Dean Henderson with a fine strike from a tight angle.

United, however, then upped the ante in the second half - scoring three times without reply to take all the points.

Bruno Fernandes got the ball rolling, converting a penalty after Paul Pogba had been fouled inside the box.

Mason Greenwood put the Red Devils ahead, with the England international beating Emiliano Martinez with a powerful low strike.

And, in the closing stages, Cavani clocked up his eighth goal from his last seven outings with a sumptuous header.

It was a great result for United, coming just days after they’d lost to Roma at the Stadio Olimpico - but made the Europa League final.

And Solskjaer was delighted at full time.

Football Daily have shared footage from after the final whistle, with Solskjaer running onto the pitch to embrace Cavani.

The 48-year-old has a huge smile on his face and affectionately pats his star striker, who has come good just at the perfect time.

Solskjaer also hinted in the aftermath of the result that Cavani would stay at Old Trafford, saying: “Hopefully we can use him more next season.”

The Norwegian did, however, admit he was worried about Harry Maguire after the England international was forced out of the contest through injury late on.

“Hopefully that [the final] will be okay with Harry,” he said.

“It was his calf or lower leg. I think the player landed on him and he twisted something.”

Solskjaer also praised Maguire by saying: “Harry has been excellent and it’s almost unheard of, the minutes he’s played.

“His fitness is very good - he’s robust. But, today, it looked like the boy landed on him and he twisted his ankle.

Meanwhile, United star Luke Shaw has revealed Solskjaer’s message at half time was key to the team turning the match around.

“Going 1-0 down in the first half we knew it was going to be a hard game and we have been in this situation so many times - second half we came back much better,” he said.

"That's a positive but we need to start the first half better than we normally do. Maybe we're not ready for the game but we have the quality and can't keep counting on second-half performances.

"He (Solskjaer) said exactly what I have just said, we have been in this situation a lot of times, we have the quality, are a fit team and we always believe.

“When we got the first goal I felt we were going to win.

"We are just focusing on ourselves, even more so we look at the City result and we are disappointed with the points we have let go this season. We have two games in four days, we need to be ready."

United are next in action against Leicester on Tuesday, with Liverpool lying in wait on Thursday. 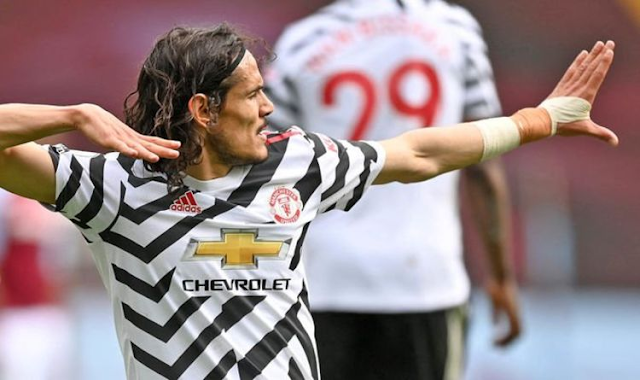