Amad and Anthony Elanga start vs Wolves The confirmed team news and line up as Man Utd face Wolverhampton Wanderers on the final day of the ...

Amad and Anthony Elanga are both starting for Manchester United against Wolves on Sunday afternoon after impressing in their previous outing against Leicester last week.

Ole Gunnar Solskjaer has made ten changes to his side for the final match of the Premier League season with one eye on the Europa League Final against Villarreal next week.

United could yet set an English top-flight record on the final day of the campaign, as they look to become only the fourth side to remain unbeaten away from home across an entire English top-flight season, after Preston (1888-89), Arsenal (2001-02) and Arsenal again (2003-04).

While a place in the history books is potentially at stake, Solskjaer appears more focused on capping the season with victory in Gdansk next week, but he still wants a fine performance to end the league season.

"I thought the game against Leicester showed us signs as well," he told MUTV. "Some of these players need minutes. Of course Sunday, Wednesday don't want to take any risks. I thought La Liga did really well to move all the games just for Villarreal. That is something we (English football) need to think about. Why don't we do that for our own?"

Amad and Elanga both started in the defeat to The Foxes last week but Solskjaer was encouraged by what he saw in their roles during the match.

He added: "First time away from home, fans (here), they have to deal with that as well. I thought both did really well against Leicester, showed some signs, energy, courage, confidence to take the ball, so will be good to see them again." 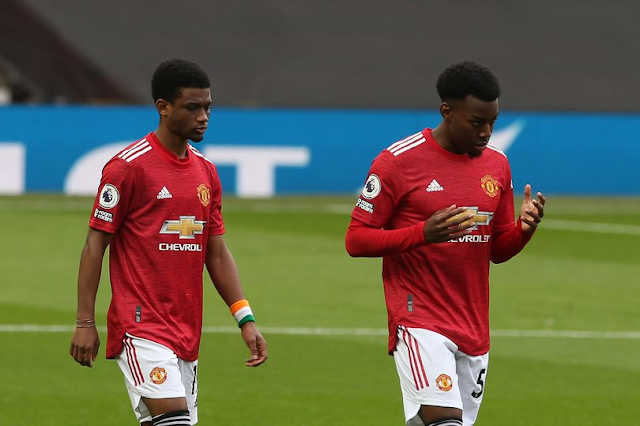