10 things every Manchester United fan needs to watch out for at the Euros Man United’s season ended in heartbreak as they lost the Europa ... 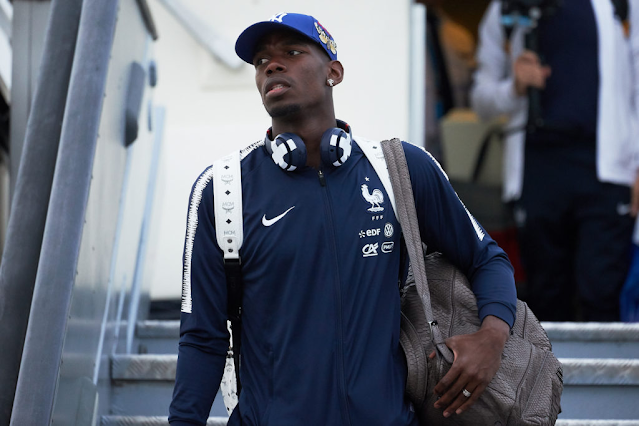 Man United’s season ended in heartbreak as they lost the Europa League Final against Villareal on spot-kick.

In the Premier League, the Red Devils showed signs of improvement as they finished runners-up to Man City.

With the new Premier League season starting on August 14, there’s not too long for Ole Gunnar Solskjaer to plan for the 2021-22 season.

Solskjaer will obviously be paying close attention to the Euros, and here are 10 things every Manchester United fan needs to watch out for this summer.

1) The goalkeeping battle: De Gea & Henderson fight for no.1

David De Gea has arguably had one of the worst seasons at Man United for himself personally.

De Gea’s opportunity to win back his number one place at this summer’s European Championships could also be scuppered as he has not started for La Roja since October of last year despite being in all the squads since.

Athletic Club’s Unai Simon has been preferred by Luis Enrique and is likely to start at this summer’s competition.

Meanwhile, after an injury to Nick Pope, Dean Henderson could be in with a shot at usurping Jordan Pickford into the number one spot for Gareth Southgate.

Goalkeeper has been a position mainly dominated by Pickford, but the competition for the role has been tough and Henderson has placed himself well after succeeding at becoming United’s number one.

Could this summer spell the end for the Spaniard’s time at Old Trafford altogether?

With the future of Harry Kane very much up in the air at the moment after it was announced that the striker had let Tottenham know of his intention to leave the club, Manchester United have positioned themselves to be one of the main protagonists in the race for his signature.

This summer’s tournament will offer up plenty of opportunities for the media to ask Kane questions about his possible destination. Manchester United supporters will be keeping their ears open to hear what England’s number 9 has to say.

Kane’s future will be a nuisance to Southgate who will hope his striker will be fully focused on leading England to tournament victory this summer. 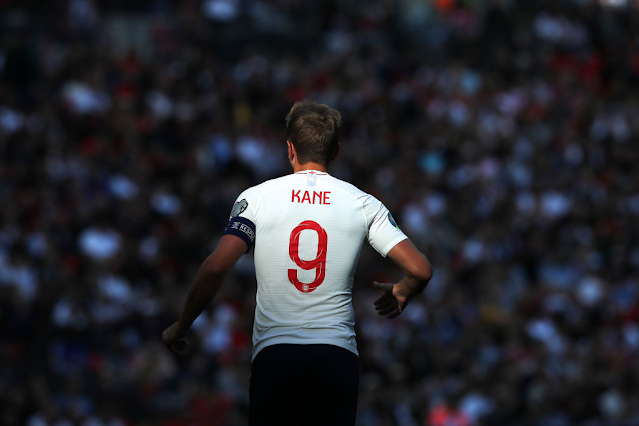 LONDON, ENGLAND – SEPTEMBER 07: Harry Kane of England during the UEFA Euro 2020 qualifier match between England and Bulgaria at Wembley Stadium on September 7, 2019 in London, England. (Photo by Marc Atkins/Getty Images)

3) Luke Shaw: The resurgence to England’s number one left-back

One of the positive stories of Manchester United this season has been the rejuvenation of Luke Shaw’s career at Old Trafford.

Having suffered with a series of serious and minor injury problems throughout his time in the northwest, Shaw has evolved into a consistent performer for the Red Devils, and he’s rightfully earned his place in the England setup.

While Chelsea’s Ben Chilwell is also in the England squad, Shaw is expected to start the Euros as the preferred choice at left-back.

Manchester United signed Brazilian left back Alex Telles from Porto in the summer but he has barely been able to get a look in and Shaw has dominated in the position and was awarded a place in the Premier League team of the season.

Shaw will hope to make the Euro’s team of the tournament to solidify what has been a great year.

It was revealed in January by Paul Pogba’s agent Mino Raiola that he could be looking to leave the club in the near future.

“I can say that it’s over for Paul Pogba at Manchester United,” he said.

“Paul is unhappy with Man Utd as he is no longer able to express himself in the way that he would like and as he is expected to. Paul needs a new team, a change of air.”

As is the case with the aforementioned Harry Kane, there are likely to be lots of interviews with Pogba where the midfielder will be asked to clarify his future in club football.

There will however be much emphasis on trying to repeat a tournament victory which saw Pogba influential in the 2018 World Cup.

Also, Man United fans will also be glued to their screens when Pogba’s France go up against Bruno Fernandes’s Portugal in a standout Group F clash on June 23, 2021.

5) Bruno Fernandes: The passing of the talismanic torch

This could very well be Cristiano Ronaldo’s final tournament for Portugal, the World Cup in 2022 is not that far away but there is now a feeling of ‘any time soon’ for the Juventus man to call time on the international scene.

Many might say that this could be a problem for the Portuguese national team, losing their talismanic figure.

However, by looking at the Portuguese squad, it is very evident that they are having a period of producing exceptional talent at youth level and maturing prime quality in the mid-to-late twenties.

One of their standout players is Manchester United’s Bruno Fernandes who has lit up the Premier League since arriving from Sporting Lisbon in January of 2020.

What could be Ronaldo’s final tournament could also reveal how Fernandes will take on the role of protagonist for Portugal.

Without Fernandes, Manchester United have looked a completely different side and, whilst the same may not be said for Portugal just yet, the passing of the torch from Cristiano to Bruno could be something special to see this summer.

In one of the surprise packages of the season, Jesse Lingard enjoyed a goal-filled 5 months at West Ham on loan from Manchester United.

Leaving Old Trafford behind due to a lack of match opportunities with both Bruno Fernandes and Donny van de Beek present in Ole Gunnar Solskjaer’s squad, Lingard fit straight into David Moyes’ team.

He wasted no time in making an impact and was crucial in helping the Hammers secure European football for next season.

With his future still uncertain. Whether a permanent return to West Ham will happen or an opportunity to earn his place back in Manchester, how he copes with his return to the England setup could influence things further.

Another strong period of play for Lingard and it may just tip Solskjaer into believing he has something to offer United as they look to go one step further next season and push for the title.

7) Van der Beek: A shop window or a point to prove?

Donny van der Beek arrived at Manchester United with the hope of becoming a regular in the first team, helping them towards the major honours.

So far neither of these two have happened, mostly down to the fact that Ole Gunnar Solskjaer has been reluctant to select the Dutch International.

Despite the lack of opportunities at club level, he has still been selected for the international side and will play a key role for the Oranje at the tournament.

There are two schools of thought regarding the former Ajax midfielder. Firstly, he could use the Euros as an opportunity to put himself into the shop window and move to a club where he may compete at the highest level but play more regularly.

Or, he could use the opportunity to try and convince his Norwegian coach that he is in fact a high-quality asset, worthy of more regular game time.

8) Daniel James: The final piece of the Wales attacking trio?

The recent international scene for Wales has been dominated by two key figures: Gareth Bale and Aaron Ramsey.

However, the European Championships this summer will offer an opportunity to see some of the additional talent which has been developing at a number of clubs.

Top of that bill is Daniel James, who has been a much more regular feature than expected at Manchester United since his move from Swansea.

Typically thought to be a prospect upon his arrival, James was thrust straight into regular game time in the north west.

Whilst he is behind the likes of Marcus Rashford, Mason Greenwood and Bruno Fernandes, he has still been used plenty by Solskjaer.

For Wales, he completes a trio in attack, with Bale and Ramsey, hoping to navigate a very difficult group.

9) Jadon Sancho: The transfer saga of the summer in action

What was arguably the transfer saga of the 2020 summer window is set to continue into the following year.

Borussia Dortmund’s Jadon Sancho was, at one stage, looking very likely to arrive in Manchester but the move failed to materialise.

The rumours are Borussia Dortmund have set €100m transfer fee for Jadon Sancho: will a standout performance for Sancho, at his first major international tournament, coax United into finally pulling the trigger on this deal?

Having being critical for Dortmund at the end of the season in helping them achieve Champions League qualification, Sancho’s creativity and prospective link-up play with Harry Kane and Mason Mount is something many England fans are dying to see.

Furthermore, any media interviews which Sancho undertakes will likely gain further focus to see whether or not he opens up about to where his future may lie.

10) Marcus Rashford: Will he find form for the Three Lions?

Marcus Rashford has been an example to everybody off the field with his campaigns and work during the pandemic and against the evil forces of discrimination.

On the field, though, Rashford has had some struggles with form, while he ended the campaign with a poor performance in the Europa League final.

Gareth Southgate will be hoping that Rashford can return to top form for the Three Lions this summer. The United forward can operate either as an option out wide or in a central striking area.

Rashford will also have a battle on his hands for minutes at Euro 2020. England have an amazing wealth of forward talent including Raheem Sterling, Phil Foden, Jadon Sancho, Jack Grealish, Mason Greenwood and Bukayo Saka.

But Rashford is now one of the more experienced and well-travelled players for Southgate to rely upon as. All United fans will be hoping the Euros will be Rashford’s platform to recover, reset and rediscover his top form.