There does come a point in every player’s career where they need to transition from being seen as a talented youngster to actually becomin... 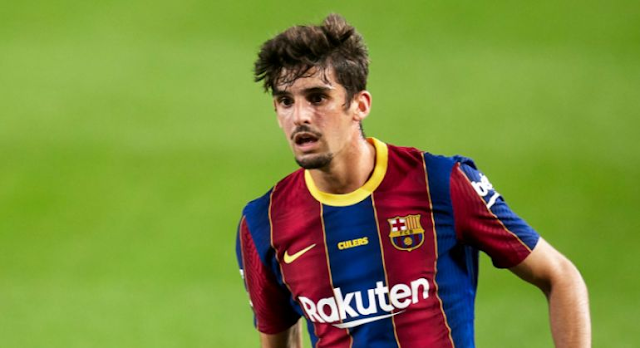 There does come a point in every player’s career where they need to transition from being seen as a talented youngster to actually becoming a regular member of the first team.

There’s no exact timescale on that but it does feel like that point could be coming next season for Francisco Trincao at Barcelona as he’ll turn 22 later in the year.

He’s at his best playing wide on the right where he can cut back inside onto his left foot, so the tools are there to play some kind of role in replacing Lionel Messi when he does move on.

The problem is that he won’t get chances to prove himself while Messi is in the team, so this potential interest from Wolves could be a make-or-break loan move for him next year.

Bruno Lage is already working for new Wolves signing. Talks for José Sá as Rui Patricio replacement - if an agreement will be reached with AS Roma [offering around €8m].

Trincão potential target but Koeman still has to decide on him. Rubén Neves could leave the club. 🐺 #Wolves

His future as a footballer at a high level isn’t really in question, but this could decide his Barcelona fate as he’s edging towards being the kind of player they look to sell for a profit rather than being seen as a viable first-team option.

Wolves should be a great landing spot as they have a ton of Portuguese talent so it should be easier to settle, while an impressive showing in the Premier League could really boost his stock if he then returned to the Nou Camp in the summer of 2022.

If Koeman is still trying to decide then perhaps he will have an increased role in the team next year, but his best bet would be going out and playing every game as a starter somewhere else.