Chelsea midfielder Jorginho earned plenty of plaudits for his performance in Italy's 3-0 victory against Turkey. (Photo by Claudio Vil...

Roberto Mancini’s men claimed a straightforward 3-0 win against Turkey at the Stadio Olimpico on Friday evening in what was a perfect opening match in Group A.

They were somewhat frustrated throughout the opening period as they were unable to find their way past a stubborn Turkish backline.

However, once Juventus defender Merih Demiral had put through his own net in the second half, the floodgates opened with Lorenzo Insigne and Ciro Immobile then adding to the scoreline.

Whilst Jorginho did not get on the scoresheet throughout the evening to add to the eight goals he scored during the campaign for the Blues, he still turned in an impressive performance.

Deployed in the heart of the Italian midfield, the 29-year-old was unwavered in a midfield trio alongside Manuel Locatelli and Nicolo Barella.

He played the full 90 minutes as Turkey failed to really lay a glove upon their hosts.

Chelsea fans certainly noticed his eye-catching performance and took to social media throughout and after the game to share their thoughts. 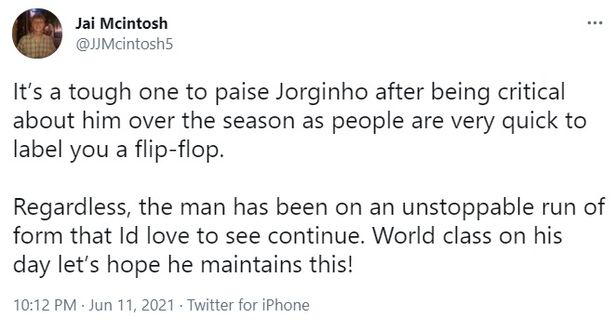 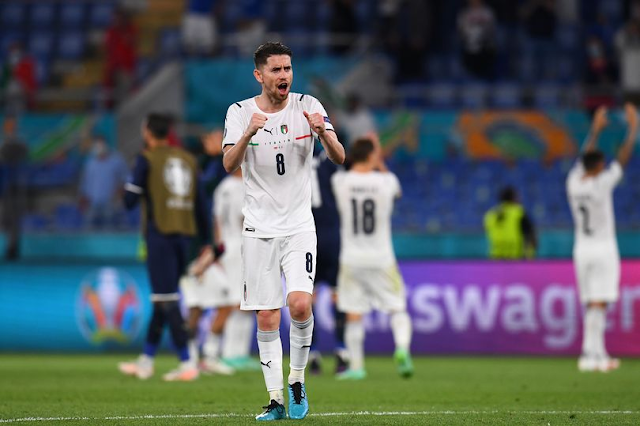