Here's the results from Tuesday's action Before things get wild with the upcoming Copa America, there was one more round of World Cu... 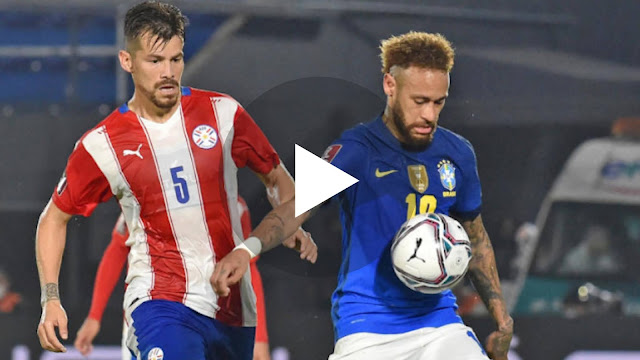 Here's the results from Tuesday's action

Before things get wild with the upcoming Copa America, there was one more round of World Cup qualifiers in CONMEBOL on Tuesday that produced some surprising results. Both Argentina and Uruguay, viewed as near locks to qualify, failed to win in matches they should have won, while Peru took three points in a must-win match against stumbling Ecuador. Here's the scoreboard and what to know:

Brazil maintained their perfect record in qualifying by earning a 2-0 win at previously undefeated Paraguay as both Neymar and Lucas Paqueta scored on either side of the half. Neymar, just days after scoring against Ecuador, did it again four minutes in as part of a convincing win by the reigning Copa America champs.

Paqueta then finished late to put the game away, going far post on the hosts with an impressive touch.

And a last minute goal to seal the 3 pts for @CBF_Futebol @neymarjr to @LucasPaqueta97 with the finishing touch. #Brazil remains undefeated in this #CONMEBOLWCQ pic.twitter.com/8TnBMZAePG

Lionel Scaloni's side got off to a dream start at Colombia with two goals in the first eight minutes, but it ended up not being enough as Los Cafeteros came back in the second half. Argentina got goals from Cristian Romero and Leandro Paredes to leave Colombia shocked, but they battled back in the second half, scoring from a penalty kick through Luis Muriel in the 51st minute before a dramatic ending. Substitute striker Miguel Borja headed home in the fourth minute of added time to earn a dramatic but ultimately deserved point:

Uruguay settle for another draw

Once again Uruguay had to settle for a point, but unlike the draw against Paraguay last week, they didn't have a goal incorrectly ruled out. It was an underwhelming match for Oscar Tabarez's side in Venezuela in a match where they were outplayed for a majority but ended up drawing 0-0. The attack produced just three shots, while having a chance to win it late, but they also could have easily conceded in the final minutes. Fernando Muslera had to make a dashing save near the crossbar to deny Nahuel Ferraresi in the final moments just to hang on, as Uruguay still remain in strong shape to qualify for next year's World Cup.