Ronald de Boer, the twin brother of Netherlands manager Frank, has made some interesting comments on Donny van de Beek that offers both ho... 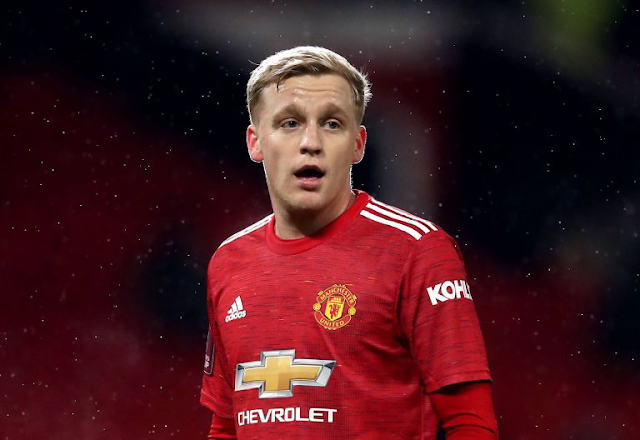 Ronald de Boer, the twin brother of Netherlands manager Frank, has made some interesting comments on Donny van de Beek that offers both hope and worry for Manchester United and their fans.

De Boer, whose brother took the reins of the national team after Ronald Koeman left for a long-awaited chance to manage Barcelona, is confident that we will see the ‘real Donny van de Beek soon’.

The former Holland international also told Sky Sports, as transcribed by the MEN, that his fringe debut season with the Red Devils was not ‘what he had in mind’.

United recruited Van de Beek last summer after the midfielder impressed with Ajax, parting with an initial fee of £35m and a further £5m in potential add-ons, per BBC Sport.

Despite the serious promise surrounding the roaming playmaker, Van de Beek was limited to just 15 starts from 36 appearances for Ole Gunnar Solskjaer’s side, seeing most his action in cup competitions.

Here is what De Boer had to say on the attacking midfielder:

“I hear in training, he does well, so there is still the confidence there but of course you want to play regularly. You can’t play every game, but what he did this year was not what he had in mind.”

“I’m confident in the boy, I know him a little bit, I trained him in his youth, he’s a great character, he’s a cool boy, he knows what he wants.”

“Even in the European Championship, you might see the real Donny van de Beek.”

“I always use the example with [Mauricio] Pellegrino in Barcelona, my ex-teammate. He didn’t play well in our team and everyone thought he was a terrible defender and then he goes to Valencia and plays two Champions League finals.”

“Sometimes it doesn’t fit your jacket, but sometimes somewhere else it does fit.”

“I think he needs to find out himself and make the right choice but I’m confident we’re going to see the real Donny van de Beek soon.”