England: Rashford & Lingard tried to score while Croatia were celebrating in 2018

On Sunday afternoon, England will be out for revenge in the first game of their Euro 2020 campaign. Gareth Southgate's side will face Cr... 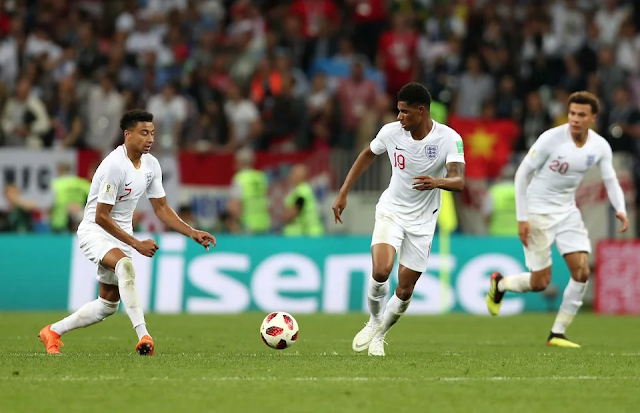 On Sunday afternoon, England will be out for revenge in the first game of their Euro 2020 campaign.

Gareth Southgate's side will face Croatia at Wembley Stadium, the nation that knocked them out of the 2018 World Cup nearly three years ago.

That heartbreaking semi-final will certainly be on the minds of fans going into Sunday's encounter.

It all started so well for England that night in Moscow. With less than five minutes played, Kieran Trippier scored a stunning free-kick to put the Three Lions 1-0 up.

Southgate's side had numerous chances to make it 2-0 shortly after as well, with Harry Kane infamously refusing to square the ball to Raheem Sterling and hitting the post with a shot instead.

It was after the half-time break in the Luzhniki Stadium that the game started to turn in Croatia's favour.

Ivan Perisic equalised in the 68th-minute and England were lucky to hold on for the final quarter of normal time.

But the Three Lions couldn't keep their opponent out in extra-time, with Mario Mandzukic firing the ball past Jordan Pickford in the 109th-minute to spark scenes of pandemonium among the Croatia fans.

England did try and take advantage of those jubilant celebrations, though.

Marcus Rashford and Jesse Lingard collected the ball and ran to the centre circle in a brave bid to catch Croatia out.

It all went a bit wrong, though...