England fans are secretly thinking that 'it's coming home' this summer. While most of us accept that England conquering the co... 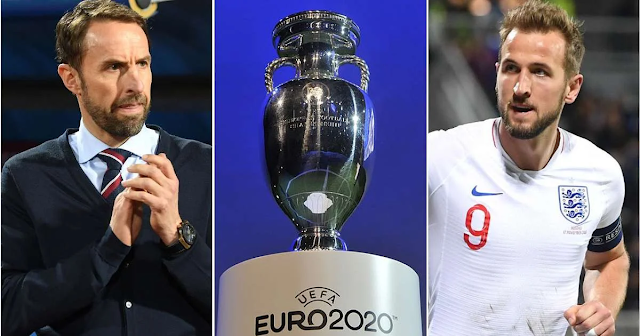 England fans are secretly thinking that 'it's coming home' this summer.

While most of us accept that England conquering the continent is pretty unlikely at Euro 2020, there's a small part of us that thinks the Three Lions might actually be able to pull off a shock.

Besides, this is a tournament that has seen Denmark and Greece triumph in the last three decades, so crazier things have happened than Gareth Southgate becoming unofficial king of Europe.

Is it coming home?

However, there's no denying that such a fairytale scenario would require a hand from Lady Luck if it were to actually happen in the real world and not just our imaginations.

And one way in which England could be given an unexpected leg-up to glory this summer is via the infinitely confusing tournament system that UEFA devised for the 2016 iteration.

With the competition bewilderingly expanded to 24 teams, UEFA were forced to set up a head-scratching set of rules where finishing third in your group could be enough to reach the round of 16.

It leads to a knotty and complicated transition into the knockout rounds, meaning that all manner of scenarios could play out either in England's favour or to their disadvantage in the weeks to come.

We've already explored how England winning their group could actually harm their chances of glory, but now we're widening the net to focus on the Three Lions' best and worst-case scenarios.

To avoid things becoming impossibly hard to track, we're going to assume that England win their group and then assess how their knockout opponents could line up from that point onwards.

England's potential routes to the final

To achieve that, we're lending a little help from UEFA's official tournament predictor to draw up the best and worst possible round of 16, quarter-final, semi-final and final opponents for England.

Got it? Well, we won't hold you up any longer, so be sure to check out England's dream and nightmare scenarios down below:

Can you imagine?! If France and Portugal finish second and third in the 'Group of Death', which isn't from without the realms of possibly, England could be in for a 'Knockout Tree of Death' this summer. 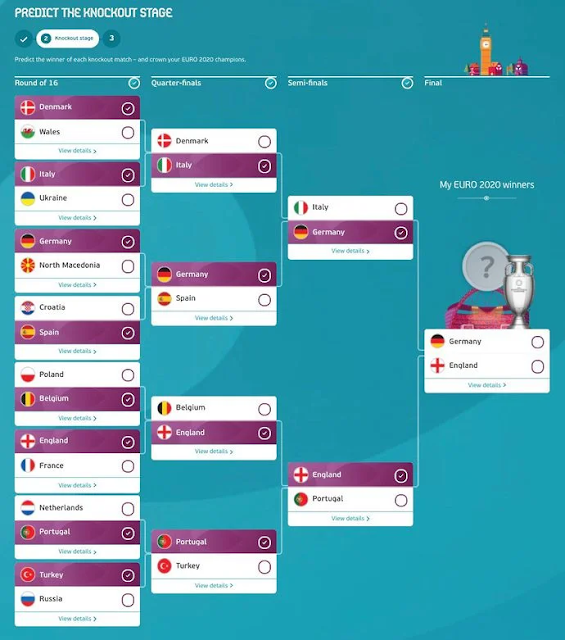 It's going to require an absolute slew of upsets in the group stages and on the other side of the knockout tree, but England could technically have an embarrassingly easy route to the final. 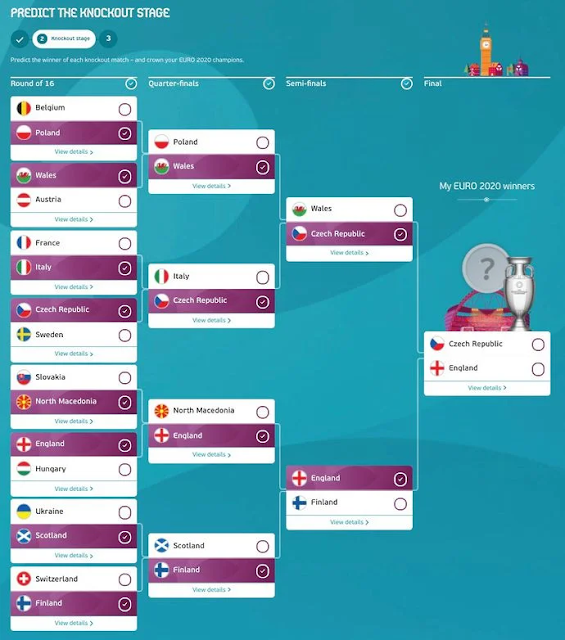 Now, you don't have to be a footballing expert to establish that both of those scenarios are highly unlikely, so we have a third scenario to offer you: the only that we actually think will play out.

We've revisited our prediction for every single game at Euro 2020 and made the single tweak of ensuring that England make it all the way to the final, which, for the record, looks like this: 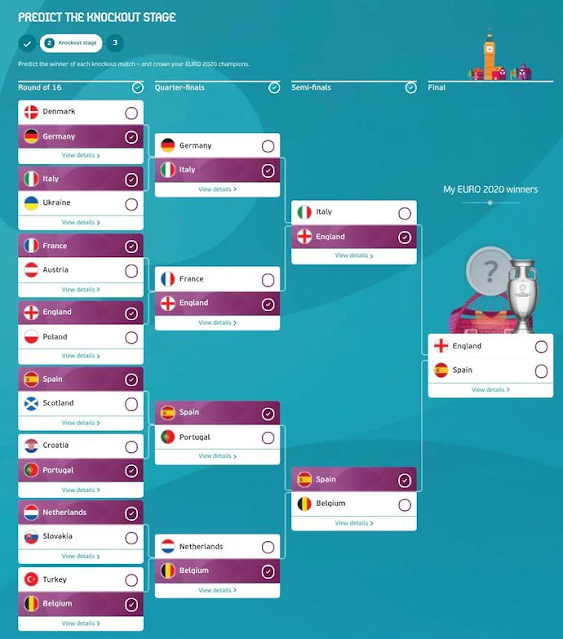 So, the moral of the story is that England could have all manner of challenges ahead of them at Euro 2020 from a queue of European giants to a quivering line-up of continental minnows.

However, this is the beautiful game we're talking about here, so lest we forget that even our 'best-case scenario' could turn out to be an incredibly difficult one if the footballing gods so choose.