Chelsea target Erling Haaland has revealed that his biggest dream is to win the Champions League, during an exclusive interview with the  ... 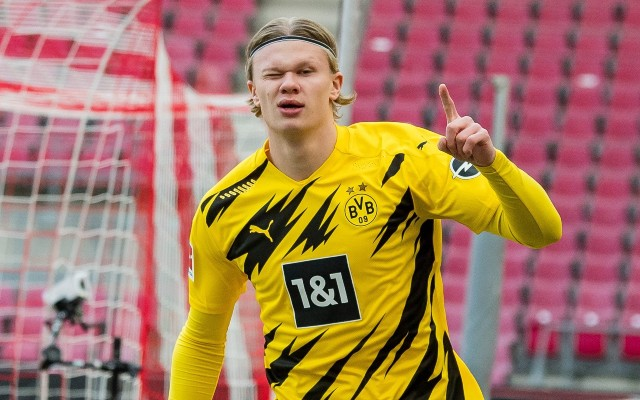 Chelsea target Erling Haaland has revealed that his biggest dream is to win the Champions League, during an exclusive interview with the Telegraph.

Haaland is a player who needs no introduction. Though just 20-years-old, the Borussia Dortmund striker is already one of the best players on the planet, and that really is no exaggeration.

Since signing for Dortmund from RB Salzburg in January 2020, Haaland has scored 57 goals in 59 appearances, a quite ridiculous return for a player of his age.

As you’d expect, interest in signing him is widespread and intense. Though, in recent weeks, Champions League winners Chelsea have emerged as the frontrunners.

Ian McGarry of The Transfer Window Podcast has this week claimed that Chelsea have already agreed personal terms with the Norwegian, now they just need to agree a fee with Dortmund.

While some would argue that would be the hard part, it’s difficult to imagine Chelsea pushing forward with their interest if they were not prepared to pay Dortmund what they want.

Haaland’s astronomical value is hardly a secret, though Chelsea have not gone away.

The Blues may well have been offered encouragement by some of Haaland’s comments in his exclusive interview with the Telegraph, too.

Haaland told the Telegraph that he wakes every morning listening to the Champions League anthem.

“I have been having that for a couple of years now,” Haaland revealed. “You know, it’s a very good anthem!”

For as long as I can remember, even when I was a really young kid, I was watching the Champions League. There were great teams with huge legends scoring goals. So that became my dream.”

When quizzed by the Telegraph as to what winning the competition would mean to Haaland, he replied, “that’s my big dream.”

“To win the Champions League one day. Hopefully I can lift that trophy and that really would be, well, amazing.”

Not only can Chelsea offer Haaland the promise of playing in the Champions League, but they’re also the holders, having beaten Manchester City in Porto at the end of May.

Chelsea have won the competition twice in nine years, a record that can only be bettered by Real Madrid.

Thomas Tuchel’s Chelsea looked to be set up perfectly to succeed in the Champions League. From the win over Atletico Madrid, you could see they were legitimate contenders.

Chelsea are a club which demands success, both domestically and in Europe, thus you imagine it’s only a matter of time before they add a third to their trophy cabinet.

With the addition of Haaland to their attack, Tuchel’s men would be among the favourites to go all the way in the competition for a second year on the bounce.

With Haaland such a Champions League obsessive, he will know what a fighting chance he’d have of winning it if he were to move to Stamford Bridge this summer.