Euro 2020: Fan in serious condition after falling from stands at Wembley Stadium

Crowd at the Wembley Stadium ahead of the Group D match between England and Croatia. AP The incident was said to have happened just after ...

The incident was said to have happened just after kickoff. No other details were given.

London: A football fan was in serious condition in a London hospital after falling from the stands at Wembley Stadium during England’s 1-0 victory over Croatia at the European Championship on Sunday.

“We will continue to work with UEFA to ensure the matter is fully investigated and we are continuing to monitor the situation,” said the English Football Association, which owns Wembley.

The iconic stadium is staging eight games at Euro 2020, including the semi-finals and final.

The incident was said to have happened just after kickoff. No other details were given.

“The spectator was given on-site medical attention and was then taken to hospital in a serious condition,” the FA said. 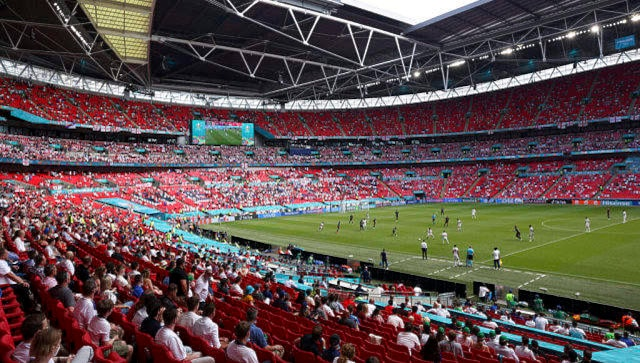