Former Manchester United and England star Gary Neville believes Alvaro Morata looks like he needs “a cuddle” after his struggles at Euro 2... 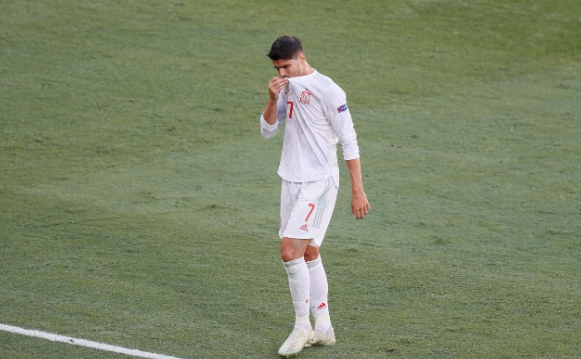 Former Manchester United and England star Gary Neville believes Alvaro Morata looks like he needs “a cuddle” after his struggles at Euro 2020 so far.

Morata had a difficult spell at Chelsea earlier in his career and looks like he’s playing with low confidence again for Spain this summer, with Neville noticing that he looks like he’s feeling the pressure.

Spain won 5-0 against Slovakia in their Euro 2020 game yesterday, but Morata missed a penalty and didn’t look at his best throughout the match.

As reported by the Metro, ITV’s pundits raised questions about the Juventus forward before the game even started, with Neville noticing that he doesn’t appear to have the strong mentality of some of the game’s great strikers.

On Morata, Neville said: “He’s got that vulnerable look about him, almost like he needs a cuddle.

“And he looks like when he misses a chance, he’s fearing what the media and what the press and what his team-mates might say.

“It looks like he’s had some criticism from playing for the national team. 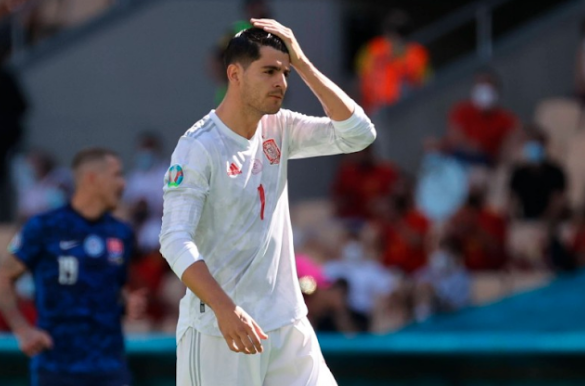 “He’s not a Diego Costa and he’s not a [Robert] Lewandowski or Harry Kane, these people that you adhere to on the field and are eyed. He’s just not that, he’s very different.”

Spain will hope the 28-year-old can get his confidence back soon and start firing for Luis Enrique’s side in the last 16 of this summer’s European Championships.

Spain won the tournament back in 2012, but this current team looks some way off that Golden Generation that triumphed in three international tournaments in a row between 2008 and 2012.