Brazil's coach Tite looks on prior a qualifying soccer match against Ecuador for the FIFA World Cup Qatar 2022 at Beira-Rio stadium in...

The interim president of the Brazilian soccer confederation said Monday that he will not fire national team coach Tite even though his players have yet to publicly say whether they will play in the upcoming Copa America.

The 82-year-old Antônio Carlos Nunes took charge of the confederation on Sunday after its ethics committee suspended Rogério Caboclo for 30 days. Nunes was appointed as the oldest serving vice president and faces an immediate crisis because of the controversial decision to move the Copa America to Brazil from Argentina at the last moment, despite the country being ravaged by the coronavirus pandemic.

The tournament is set to start Sunday, but Tite said after a World Cup qualifying win against Ecuador on Friday that he and his players will not declare until Tuesday whether they will participate.

That had led to some calls for Tite to be replaced, but Nunes said he has no plans to change coaches.

“I say it like this: aren’t we winning? We won Copa America in 2019. And now we are almost qualified for the World Cup. ... As the saying goes, you don’t change a team that is winning,” Nunes told newspaper O Liberal.

“I am a friend of Tite’s,” Nunes added. “I couldn’t speak with Tite on Sunday. I wanted to tell him the decisions are with me now. I like his work very much, he is serious.”

Tite on Monday refused to say whether he will stay in charge for the Copa America.

Brazilian media reported this past weekend that Caboclo considered removing Tite from his job for allegedly failing to control his players. But on Friday the soccer executive was formally accused of sexual harassment by a former staffer, who provided recordings of conversations and text messages that appear to incriminate him.

Caboclo denies any wrongdoing. His suspension is expected to be extended as the committee investigates the accusation.

Tite said Caboclo had not threatened to fire him but declined to comment on the ethics committee's decision.

“We know how important it is, the seriousness of the case," Tite said. “But it is not down to us.”

Speaking to ESPN Brasil, Caboclo said he never wanted to fire Tite and that the players had not discussed boycotting the Copa America.

“That never happened,” Caboclo said. ”We will be all together in the 2022 World Cup.”

Nunes, though, in his interview acknowledged that there are “players that do not want to play” the Copa America.

Brazil offered to host the tournament after co-hosts Colombia and Argentina were dropped.

More than 470,000 Brazilians have died so far from the coronavirus and analysts expect another wave of the virus to hit Brazil by late June.

Nunes was also president of the Brazilian soccer confederation between 2017-19 after Caboclo’s predecessor, Marco Polo Del Nero, was banned by FIFA for corruption. 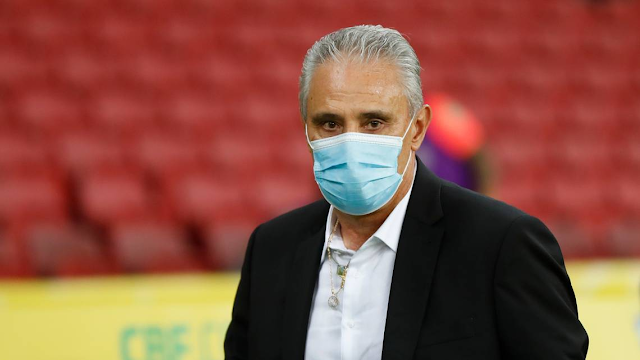