It’s becoming clear that the arrival of Carlo Ancelotti won’t have any bearing on Real Madrid managing to keep Raphael Varane, and Man Uni... 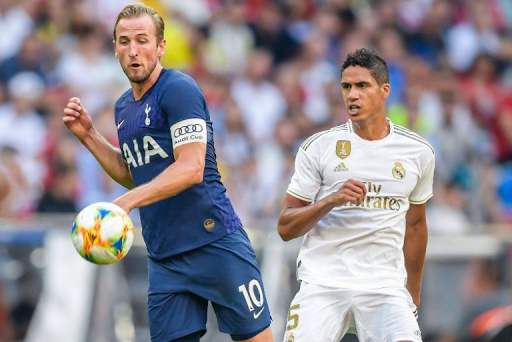 It’s becoming clear that the arrival of Carlo Ancelotti won’t have any bearing on Real Madrid managing to keep Raphael Varane, and Man United do look like the most obvious landing spot for him just now.

COPE reported yesterday that he could be available for only €35m if he doesn’t sign a new contract, and a more recent story from ABC has suggested that the new deal has no chance of happening.

They say that Real have been doing all they can to tie him to a new deal, but it’s believed that Man United are willing to pay him a bigger wage and they’ll give him the security of a five-year contract, so everything now points to him making the move.

It would be a major blow for Real to lose Varane and Sergio Ramos in the same summer but It now looks like the most probable outcome, and the Frenchman should be the ideal addition for Man United.

He has the pace and anticipation to cover for Harry Maguire so they could be an outstanding pairing, and it would also fix the biggest issue in United’s starting XI just now if he does arrive.

Of course there is always the danger that this is a ploy from Varane’s agent to get more money out of Real Madrid, so it’s worth keeping an eye on the situation.