Speaking to the media before Argentina kick off their 2021 Copa America campaign underway, Lionel Messi spoke about his desire to keep fig... 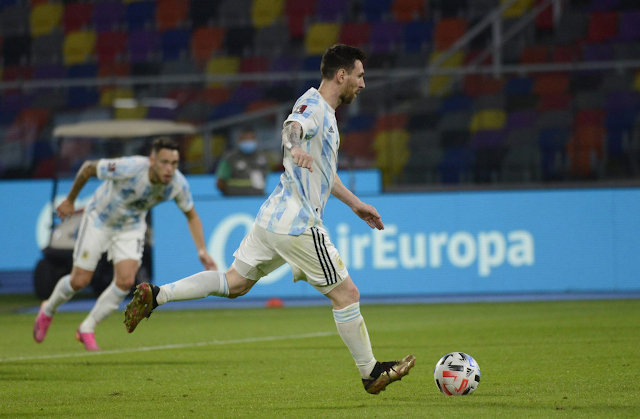 Speaking to the media before Argentina kick off their 2021 Copa America campaign underway, Lionel Messi spoke about his desire to keep fighting for glory with La Albiceleste. The comments were carried by Diario AS, from the interview with the Argentina FA media team with the squad in Brazil.

The Argentine squad came staggeringly close to international glory three tournaments, starting from the 2014 World Cup in Brazil, followed by the two Copa Americas. All the competitions, however, led to heartbreaking losses in the final for Leo Messi and co.

To this day, Messi rues the lost opportunities but continues to pursue his ultimate goal of winning silverware with his country. The Barcelona superstar began by stating his excitement for the upcoming competition with him and the team raring to go in their opener against Chile, having played them just a few days ago in the World Cup qualifiers, where the match ended in a 1-1 stalemate.

“I think we arrived at a good time. It’s been a long time since we got together. We had two good games, beyond that we couldn’t get a win,” Messi said about two World Cup qualifiers Argentina just played against Chile and Colombia.

Messi is intent on getting Argentina’s campaign off to a winning start, as he said: “We have been doing things well but we need a win. It’s always important to start with the three points because it gives you peace of mind. We know it’s hard, but hopefully we can make it.”

“I’m always available for the national team. My biggest dream is to get a title with this shirt. I was very close several times. It didn’t happen, but I’ll keep trying. I’m always going to fight for that dream,” concluded the Argentine.