Depay has reignited his career Man Utd are looking to sign an exciting winger this summer but former forward Memphis Depay has a different...

Man Utd are looking to sign an exciting winger this summer but former forward Memphis Depay has a different task on his hands.

Six years ago Manchester United had the same transfer need as they have now, as Louis van Gaal looked to sprinkle stardust on an ageing squad which needed an injection of youth.

This summer United are looking towards Jadon Sancho as a possible addition to an attack which sometimes comes unstuck, back in 2015 it was Memphis Depay who was tasked with adding excitement to an often predictable forward line.

A proposed move to United still has plenty of work to be done if Borussia Dortmund star Sancho is to finally get a chance to prove himself in the Premier League, but at the other end of the spectrum Memphis might himself have one final opportunity to show why United were wrong to get rid of him in the first place.

In an alternative world the Netherlands international could well have been the biggest United star to watch at the European Championship this summer, instead the 27-year-old goes into the tournament as a free agent with the weight of his nation sitting on his shoulders.

With key defender Virgil van Dijk missing the international tournament Memphis will very be the talisman for his country when the rescheduled Euros begins next week. He knows a stellar showing could finally transform his dreams of a move to Barcelona into reality.

It's widely expected Memphis will reunite with former Netherlands boss Ronald Koeman at the Camp Nou as Barcelona look to rebuild on the cheap with a quartet of free transfers following deals for Sergio Aguero and Eric Garcia as well as the impending arrival of Georginio Wijnaldum.

Yet with Aguero, Lionel Messi, Ousmane Dembele, Antoine Griezmann and Ansu Fati for competition up front, a move to Catalonia might not transpire to be the rosy solution he desires after four years as the main man for Lyon.

Just last week Lyon chief Juninho suggested the departing forward had ideas above his station as he looks for one final chance at an elite level following his failure in English football.

"Memphis Depay just wanted a team for himself. It's not a criticism, I had a good relationship with him," he told OLTV.

"But on the other hand, the whole team had to revolve around him and that is very hard. Everyone should feel like they're working the same.

"There are only four players in the world where you have to do everything for them: Messi, Ronaldo, Neymar and Mbappe. If you have one of them, then the team can revolve around them.

"Sorry, I think that Depay is strong, but he's not at their level. And I think that he has to work harder without the ball."

It seems like it could be a sense of deja vu for Memphis if he does get a big move this summer.

His struggles at Old Trafford stemmed from a failure to adapt to new surroundings, having been the best player at PSV he was soon just another player in a United side which itself was in transition and couldn't afford to accommodate the luxury of his frustrating inconsistency.

Ryan Giggs, who was Van Gaal's assistant at the time, criticised Memphis' flashy lifestyle for his poor form, but ultimately the biggest issue was his underwhelming performances on the pitch. The Dutch forward struggled to make an impact on matches, saving his best performances for weaker opposition, and was lambasted by coaches for his inability to help in a defensive manner.

He would only make four league appearances after Jose Mourinho replaced the forward's compatriot Van Gaal at the end of the campaign, a move to Lyon in January 2017 sparking his gradual rise in the European game.

A year ago he played a key role as Lyon defeated City to reach the semi-finals of the Champions League, and this season he finished the French side's highest scorer in the league with 21 goals - a tally only bettered by Paris Saint-Germain star Kylian Mbappe.

"At United I got confused. I had to follow the tactical orders of Van Gaal, otherwise I would certainly lose my spot in the team," Memphis said in his book two years ago.

"Van Gaal doesn’t like players who don’t follow up on his comments. Meanwhile I knew I couldn’t get the best out of my play this way: staying on the left side of the field, running back and forth. I didn’t understand: you buy me because of my specific qualities you saw at PSV and the Dutch national team. After that you put me in a role where I can’t play that way anymore. For me that was confusing." 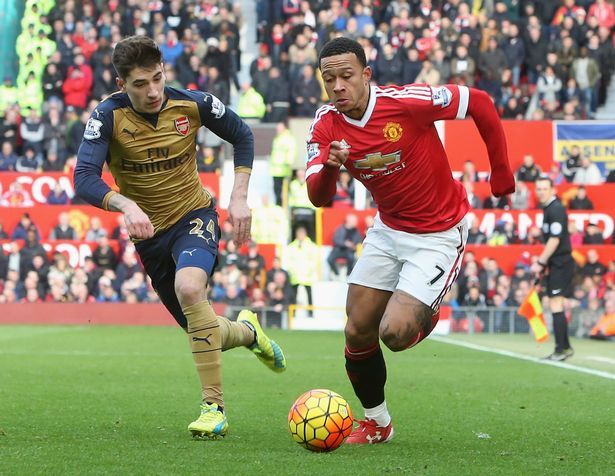 Eighteen goals and 10 assists in 27 matches this calendar year again highlight the undeniable talents of Memphis, but it remains to be seen if he is a luxury which any elite team can cater for in their starting line-up.

Six years on from his unflattering exit few United fans would begrudge the charismatic forward any future success, though deep down a concern must lie that he is at risk of going full circle after working so hard to rebuild his reputation.

The maturity shown by Sancho already in his career indicates that his potential return to Manchester would go far differently to how Memphis' move worked out, yet this summer it could well be the Dutchman who has the greater redemption story.

A proposed move to Barcelona might very well be his final chance at an elite club as he looks to take the opportunity to show United were wrong not to stick with him. 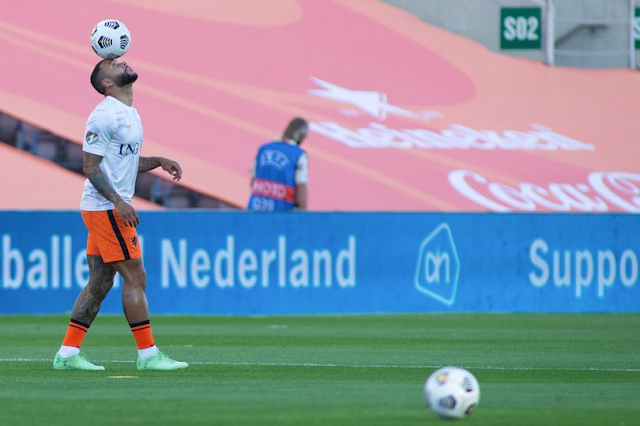