Manchester United will be alerted to the situation of transfer target Kingsley Coman, after the attacker’s talks over a new contract with ... 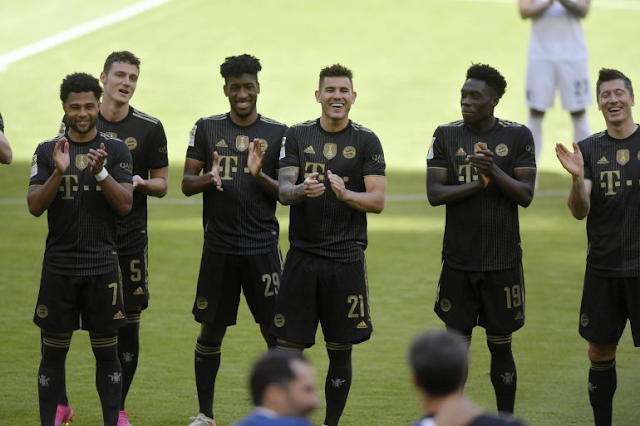 Manchester United will be alerted to the situation of transfer target Kingsley Coman, after the attacker’s talks over a new contract with Bayern Munich have ‘mightily’ stalled, per German outlet SPORT1.

SPORT1 report that discussions over a new deal have failed to be productive for Bayern, as they attempt to tie down the talented 24-year-old past the summer of 2023.

It’s added that the talks have stalled after Coman, who currently earns around €12m-a-year, has requested that his pay be almost doublet to €20m, a figure that the Bavarians absolutely won’t meet.

SPORT1 reference that Coman has now recruited the help of famed intermediary Pini Zahavi, the Israeli will not take over the agent’s role that the ace’s father plays, rather he’ll work alongside the family.

It’s importantly added that Coman has instructed Zahavi to sound out interest from the Premier League and bring back offers from England.

SPORT1 also note via their latest ‘Meine Bayern-Woche’ (My Bayern Week) podcast that United made an offer for Coman last year, with the ace’s name still ringing out as an attacking target over this season.

It seems incredibly unlikely that Bayern will even come close to Coman’s demands, which equate to almost €385,000-a-week, as they refused to pay this figure to a more important player in David Alaba.

Zahavi also worked with the Austrian, who will instead join Real Madrid on a free transfer this summer, with the intermediary also negotiating the current contract of Bavarians great Robert Lewandowski.

SPORT1 also reference Uli Hoeness’ comments, with the honorary Bayern president confirming that the club will not be held to ransom by Coman’s demands.

With that in mind, if some common ground isn’t found on the matter soon, Bayern may well look to sell the Frenchman by the summer of 2022 – a year before his contract expires and the last realistic chance to net a respectable fee for the ace before he possibly becomes a free agent.

Coman started 33 of his 39 appearances for Hansi Flick’s side this season, scoring eight times and showing his previously unheralded ability as a creator with 15 assists.

The France international could be the ideal kind of signing for Manchester United, considering the fact that he’s a serial winner, having won it all across his spells with PSG, Juventus and Bayern.