Manchester United have reportedly been handed a significant boost in the Jadon Sancho transfer saga as his asking price drops. According t... 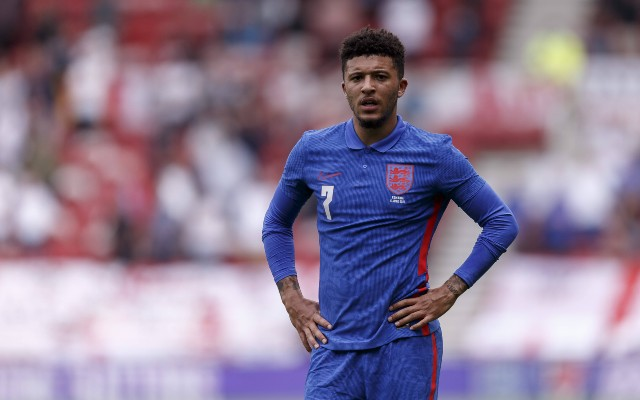 Manchester United have reportedly been handed a significant boost in the Jadon Sancho transfer saga as his asking price drops.

According to the Times, the Red Devils could now be clear to sign Sancho for a reduced fee of around £80million, though this could potentially rise to more like £100m with add-ons.

The England international has been a star performer for Borussia Dortmund in recent times, and it would be unsurprising to see him make a big move to a top club this summer.

The Times note that Man Utd would have had to pay a great deal more for Sancho last year, with his asking price as high as £109m at that time.

United fans will surely hope their club can now press on and land the 21-year-old, who seems an ideal fit for Ole Gunnar Solskjaer’s style of play.

Another blow for Dortmund could see them lose Erling Haaland to Chelsea this summer, with the Times also reporting on the latest surrounding the Norway international’s future.

Sancho and Haaland have been a real force in Dortmund’s attack, but the Times suggest Chelsea are serious about raiding the Bundesliga giants, and could offer Tammy Abraham in a swap deal.

If the Blues pull this off, it would be a major statement after they pulled off a surprise Champions League final victory in the season just gone.

Thomas Tuchel’s side were never really in the Premier League title race, but a signing like Haaland would possibly make them favourites next season.

From a neutral’s point of view, it would be very exciting to see both Sancho and Haaland in the Premier League next season.