Lukaku has shone for Inter  (Image: Nicolò Campo/LightRocket via Getty Images) Inter striker Romelu Lukaku has been linked with a big summ...

Inter striker Romelu Lukaku has been linked with a big summer transfer which would benefit Man United - financially at least.

Manchester United could be in for a tidy windfall this summer if Romelu Lukaku exits Inter Milan.

Lukaku has enjoyed an excellent season with his 30 goals and 10 assists in 44 games helping fire Inter to their first Serie A title in over a decade, ending Juventus' stranglehold on the Scudetto.

However, the title win hasn't helped change the club's financial situation and manager Antonio Conte has already left his post amid frustration over potentially having to sell some of his best players.

Inter reportedly need to raise upwards of £80million in player sales this summer to stay afloat and Lukaku is their prized asset, leading to speculation that the star striker could be on the way out.

Reports suggest the Belgian would be open to a return to the Premier League, with both his former club Chelsea and Manchester City being heavily linked.

City are on the hunt for a new striker after saying goodbye to record goalscorer Sergio Aguero, who has signed for Barcelona upon the expiration of his contract.

It's understood that Borussia Dortmund sensation Erling Haaland and Tottenham talisman Harry Kane are being considered, but Lukaku could offer an interesting alternative if those deals prove to be too expensive.

Wherever the 28-year-old ends up this summer, United will be hoping he moves for a massive transfer fee.

The Manchester Evening News understands that United negotiated a sell-on clause as part of the €80million (£73.7m) transfer that saw Lukaku move to Inter in the summer of 2019.

United themselves had to pay £5million of that fee to Lukaku's former club Everton due to a sell-on clause, but will have their fingers crossed to receive even more should he leave Milan.

Though it's not known what percentage the sale-on clause is worth, the club - in the case of Wilfried Zaha's sale to Crystal Palace - have previously inserted clauses valued up to 25 per cent. 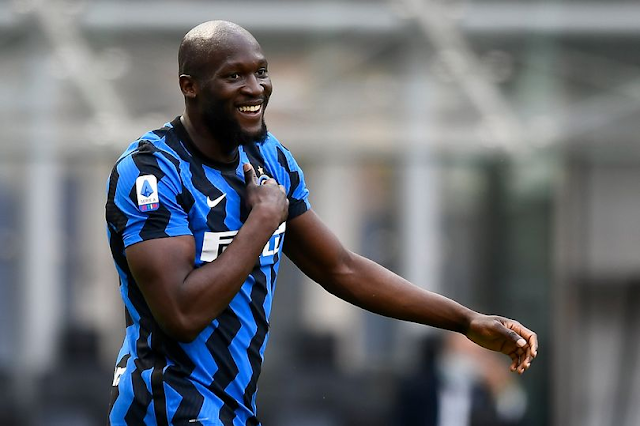