According to The United Stand,   Manchester United  are set to table a bid for Borussia Dortmund winger Jadon Sancho. What’s the latest tr... 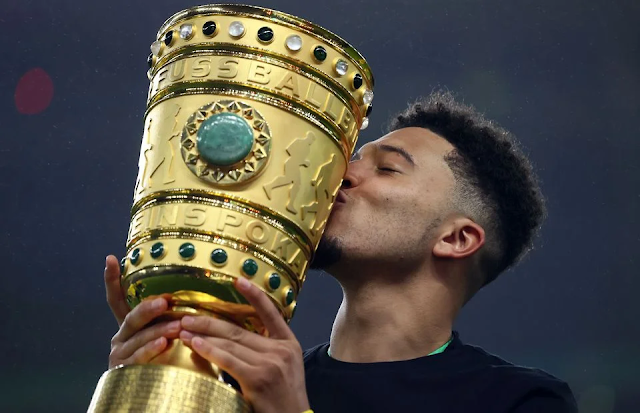 According to The United Stand, Manchester United are set to table a bid for Borussia Dortmund winger Jadon Sancho.

Man United are expected to submit an offer for Sancho imminently and according to The United Stand, a bid could be launched as early as today.

The offer is expected to be around the £85m mark which could see Sancho overtake Harry Maguire as the second-biggest signing in the club's history. The Red Devils paid £80m to sign the England centre-back from Leicester City in 2019.

United are eager to prevent a repeat of last summer when they waited too long to prove their interest in Sancho and ultimately missed out on a deal.

What did Dortmund’s sporting director say?

Dortmund sporting director Michael Zorc revealed last month that the club and player have a “gentlemen’s agreement” that would allow the England international to leave the German side.

We already had a gentlemen's agreement with Jadon last year that he can switch under certain conditions," Zorc told ARD as per Goal. "He's been with us for a couple of years. However, this agreement does not exist with Erling [Haaland]."

In regards to United’s interest last summer, Zorc said, "In the end, the requirements were not met."

How many goals has Sancho scored this season?

After a shaky start to the campaign with no Bundesliga goals until January, the 21-year-old came alive in the latter stages of the season.

The England winger ended the 2020/21 season on eight league goals and registered a further 11 assists. According to WhoScored he was the fourth best-performing player in the Bundesliga with a rating of 7.54.

What could Sancho add to United?

Sancho’s addition to the Red Devils could be one of the final pieces in the puzzle to elevate the side to silverware next season.

As his statistics prove, he has developed his end product since joining Dortmund and that would bring extra firepower to United’s attack. His electric pace and dribbling ability could also prove a problem for Premier League defences.

According to WhoScored, no one in the United squad has averaged more successful dribbles than Sancho with 3 per game, which ranks him third in the Bundesliga.

He would also provide United with a natural right-sided winger as Mason Greenwood has been filling in there despite being more suited to centre-forward.

The scary part is that at just 21 years old, Sancho is a long way away from his prime and United could have many years of his service ahead of them.