Next Everton manager: Steven Gerrard and another Liverpool legend in shock link to replace Carlo Ancelotti

The rivalry between Liverpool and Everton has always been an interesting one from an outside perspective, mainly because it’s both intense... 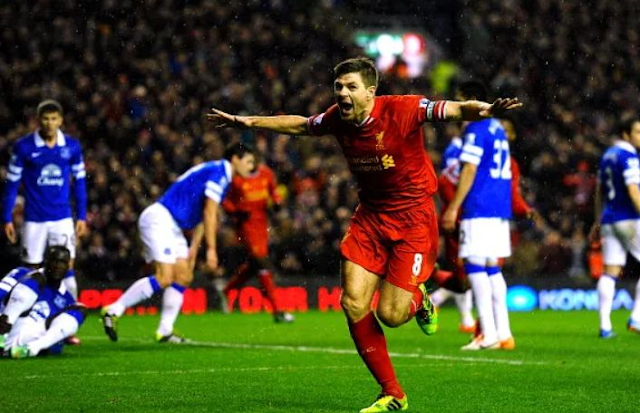 The rivalry between Liverpool and Everton has always been an interesting one from an outside perspective, mainly because it’s both intense yet somehow friendly at the same time.

The club’s have shown great unity at times so you always get the impression that they’ll come together for the greater good of the city, so there may not be the “aggressive hate” that you see in other rivarlies.

That doesn’t mean they won’t do everything to defeat the other on the pitch, while you don’t really see players cross the divide so the two names mentioned here have to grab the attention:

There is already a long list of names the board will discuss at 3pm, clearly some will be more feasible than others, but understand Steven Gerrard and Benitez will be mentioned. The day gets more surreal #EFC #Ancelottihttps://t.co/pe8mEBlVWe

There’s no doubt that Steven Gerrard would be the ultimate shock because he is an absolute legend at Anfield, while you also get the impression for him that the end game is taking over from Jurgen Klopp eventually.

Opinions will be split in terms of him having to leave Rangers to prove himself in the Premier League before that can happen, but staying at Ibrox has to be better for his chances of getting the Liverpool job.

He still has a lot to achieve with Rangers as his record in the cups is abysmal and he’ll get a crack at the Champions League this year, so surely there’s nothing in that one.

Rafa Benitez is a much more compelling name to watch because if you take the history out of this – Everton is the perfect job for him.

He would get a big Premier League club with a strong squad, the ambition to improve and some resources to make signings, but does his past connection with Liverpool make that impossible?

The answer to that is probably yes, but this could be an interesting situation to keep an eye on.