The Premier League is set to announce a major change that will revolutionise the way that VAR is used in English football, according to  T... 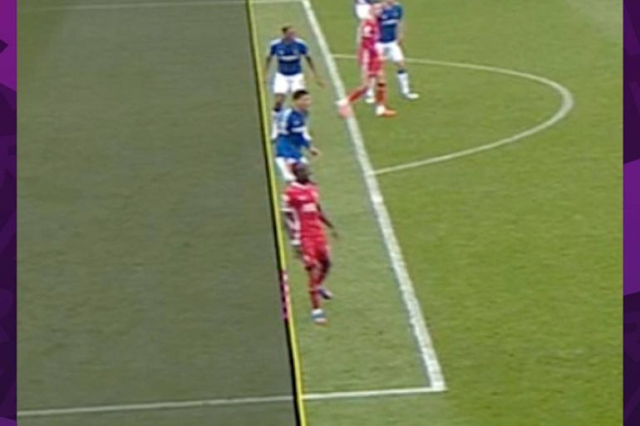 The Premier League is set to announce a major change that will revolutionise the way that VAR is used in English football, according to The Times.

The invention and introduction of VAR was supposed to make football less contentious, but it’s only made it more controversial and excruciating to watch, taking joy out of the experience for the fans.

Goals are being taken away from the players and supporters as a result of a toe or a shirt sleeve being adjudged to be in an offside position by VAR, much to the dismay of many.

The Premier League believe that they have found the answer. As per The Times, the lines will now be drawn thicker, with the intention to give the benefit of the doubt to the frontman.

report notes that the Premier League clubs and the referee chiefs hope that the change, although slight, will have a major impact on the game and make VAR plenty more stomachable.

The thicker lines, which are designed to allow the attacking players a larger margin for error, are already being used in the Eredivisie, which the Premier League hopes to emulate.

If the information in the report is correct and forwards really will be given an added advantage in comparison to this campaign, maybe Chelsea really should stick with Timo Werner after all.