There’s been some interesting discussion over Pep Guardiola in recent days, is he really one of the world’s best managers, or is he simply... 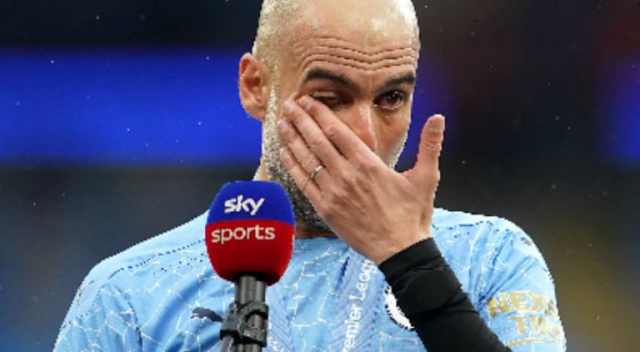 There’s been some interesting discussion over Pep Guardiola in recent days, is he really one of the world’s best managers, or is he simply a fraud who inherits unbelievable squads and can’t really improve teams despite spending eye-watering amounts of money?

It does mean that Pep “Fraudiola” has become an unwanted nickname for the Man City boss, while those accusations grew louder as he overthought the Champions League Final and hurt his team by trying to be far too clever with his approach.

Interestingly there are further accusations of him being a fake coming out of Argentina, but this time it’s Sergio Aguero’s Dad who’s been kicking off after Guardiola cried during an interview when he talked about the star striker moving on.

The Mirror have reported on some of the comments made to TYC Sports, and there are some massive accusations in here:

“I don’t believe his tears. For me, he never wanted Kun. He always wants to be the main man and not the players.

“I don’t believe [in] Guardiola. He never wanted it [the CL trophy], he wants to be the protagonist of all the teams. He says that he [Aguero] is irreplaceable and he does not have him in the squad.

“There are things about Guardiola, he is a great coach. But from one day to the next the players change you, the environment changes. You never know if you are a starter or not.

“There is someone who says if you are not here to stay at the club and you have no choice but to change. He was [allowed to stay] until the last time [he renewed his contract] but it was not possible to stay with the team where he is an idol.”

It could just be a case of sour grapes after his son suffered a bad season, but it’s interesting to hear that Guardiola may not be all that he tries to present.