Manchester United manager Ole Gunnar Solskjaer could reportedly be ready to experiment with right-back Aaron Wan-Bissaka moving into the c... 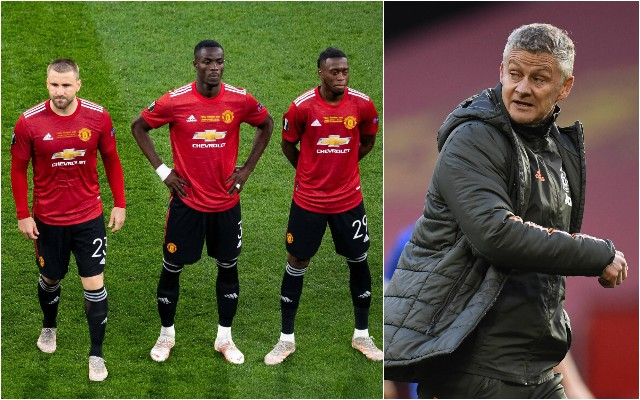 Manchester United manager Ole Gunnar Solskjaer could reportedly be ready to experiment with right-back Aaron Wan-Bissaka moving into the centre in pre-season.

The 23-year-old is a promising young talent and has never really put a foot wrong for Man Utd with a series of strong defensive displays at right full-back.

However, he is certainly a far cry from the likes of Kyle Walker and Trent Alexander-Arnold in terms of what he can offer going forward, so it might make sense to try him in a new role that allows him to use his strong tackling and positioning.

According to the Sun, Solskjaer is keen to take a look at how Wan-Bissaka performs as a centre-back, and possibly as part of a back three in a change of formation ahead of next season.

This comes amid recent transfer rumours also linking United with an interest in a new right-back.

Kieran Trippier is on MUFC’s radar and is also keen on the potential move to Old Trafford, according to the Daily Mirror.

The Atletico Madrid and England ace would provide more of an attacking option in that position, so this could make a great deal of sense for United.

Former Red Devils midfielder Luke Chadwick has previously spoken to CaughtOffside about Wan-Bissaka’s limitations as a right-back, urging him to work on his attacking play.

“I think everyone’s used to United playing with great width, balls coming into the box, and an exciting brand of attacking football. The full-back’s responsibility is to get forward and provide that width,” Chadwick said midway through the 2020/21 season.

“I think Wan-Bissaka’s obvious strength is his defensive ability, his one-v-one defending is second to none really, but when he gets up the pitch he is a bit inconsistent with his final ball.

“That has shown some improvement over the past 12 months, and it’s something he needs to carry on improving. If he can do that he’ll be a world, world class right-back.

“He is still very young … hopefully with enough practice he will improve that final ball. Obviously the shining light in that respect is Trent Alexander-Arnold, another young man who perhaps doesn’t have the same defensive ability as Wan-Bissaka, so it’s about getting that balance right and I’m sure with time he’ll improve.

“At Palace – obviously a lesser team to Man United – you maybe see the strengths of Wan-Bissaka more because they spend more time defending. Of course in the games against the other top teams he needs to be on it and I think we’ve seen his defensive ability shine through.

“It’s just a case of keep improving, keep practicing, because he’s certainly got the athletic ability to get up and down that right-hand side, and he gets into good crossing positions. It’s just that final ball that sometimes lets him down.

“I don’t think there’s a better defensive right-back in the Premier League at the moment and I think he has improved a lot at United because he has more time on the ball, but that delivery still needs a bit of work.”