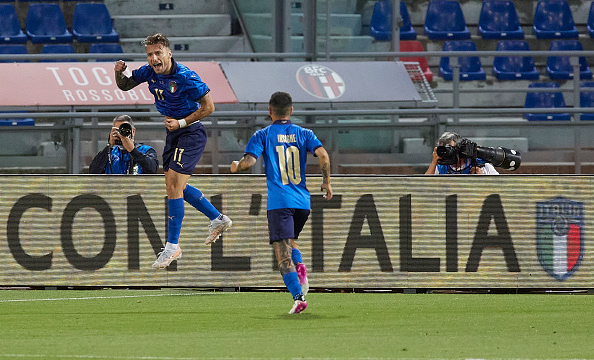 Despite being a year later than planned, Euro 2020’s opening game will finally get underway on Friday evening. The opening game will see Turkey take on Italy at the Stadio Olympico in Rome. Both teams will be hoping to start the tournament in the best way possible before they face Switzerland and Wales in their other group stages games.

Head coach Şenol Güneş has no injury worries heading into the game in Rome. It is expected that Gunes will select a side close to the one which beat Moldova 2-0 in their final warm-up game. A 4-1-4-1 formation is expected with veteran Burak Yilmaz leading the line.

Speaking ahead of the opening game, head coach Şenol Güneş was hopeful of getting off to a good start. He said: “The result we get in the first match is important; a draw or a win can cause confusion in the group. I hope so. I want to see our strength in the first match; even if we lose, it’s important to play well. Participating at EURO is a success, but it can’t end there!”

Four times World Champions Italy could be without the Paris Saint-Germain midfield maestro Marco Verratti. An ongoing knee problem has meant he has trained alone this week and is therefore expected to miss The Azzurri’s opening game. Should Verratti miss out, head coach Roberto Mancini could turn to Sassuolo midfielder Manuel Locatelli.

Despite the concerns surrounding Verratti, Mancini has the rest of his squad fully fit and therefore has plenty of options to choose from. Mancini is expected to stick with the 4-3-3 formation that served him so well during qualification; however, his side are more than capable of switching formation should they need to.

Veteran central defensive duo of Giorgio Chiellini and Leonardo Bonucci are expected to begin the tournament but Inter Milan’s Alessandro Bastoni is pushing for a start too. The excellent but often underrated striker Ciro Immobile of Lazio will undoubtedly lead the line.

35-year-old Burak Yilmaz still has what it takes to make an impact in this tournament. Full of confidence on the back of winning Ligue 1 with Lille, scoring 17 goals in the process, he is also one goal away from reaching 30 for his country. In March of this year, Yilmaz scored his first international hat-trick as Turkey defeated the Netherlands 4-2 in a  World Cup qualifier.

Former Lille player Francois Brisson said of Yılmaz: “He’s calm and determined. He’s like an eagle, ready to strike. He makes me think of (Zlatan) Ibrahimovic. Those guys, as long as they play, will be leaders.”

Should Ciro Immobile recreate his club form for his country, Italy could be major contenders to lift the Euro 2020 trophy this summer. Since joining Lazio in 2016, Immobile has scored an impressive 150 goals in 219 games in all competitions. However, the 2019 Golden Shoe winner has not had the easiest of times when playing for his country. Scoring just 13 goals in 46 games, the 31-year-old has often come under fire from fans and the media in his native country.

Could this be the summer when Immobile silences his critics? If he can come close to his club form over the past five years, then he could walk away from the tournament as a winner of both the trophy and the top scorer award.

Both teams head into the Euro 2020’s opening game in excellent form and unbeaten this calendar year. Turkey have won four and drawn two in the past six months including an impressive 4-2 victory over the Netherlands and a 3-0 win in Norway. Their three friendlies leading up to the Italy game saw them beat Azerbaijan 2-1, draw 0-0 with Guinea and beat Moldova 2-0.

In their five matches this year, Italy have won each one. Their three victories against Northern Ireland, Bulgaria and Lithuania see the Azzurri sit at the top of their World Cup qualifying group. Their two friendlies ahead of this opening game saw a 7-0 thrashing of San Marino and a 4-0 victory over the Czech Republic.