Chelsea star Edouard Mendy received a hero’s welcome as he arrived for international duty with the Senegal national team, after playing the ... 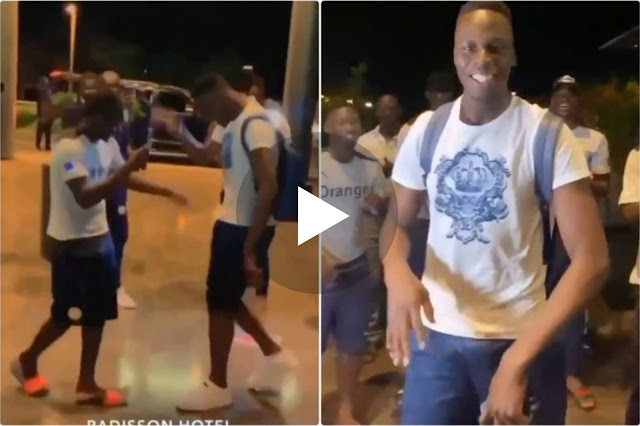 Chelsea star Edouard Mendy received a hero’s welcome as he arrived for international duty with the Senegal national team, after playing the steady hand that helped the Blues win the Champions League.

Mendy became the first African goalkeeper to ever keep a clean sheet in a Champions League final in a historic moment, in a run including 12 clean sheets that equalled the competition record.

The 6ft6 stopper has been solid since arriving at the Blues for a reported fee of £22m, per Sky Sports, steadying the sticks for the West London outfit after the nightmare of Kepa Arrizabalaga as No.1.

Mendy was embraced by all of his international teammates as the group also cheered and clapped for the stopper, then came a special moment with Liverpool superstar Sadio Mane.

The goalkeeper hugged the Reds forward before Mane took a selfie as he welcomed Mendy to the Champions League winner’s club.

These are truly beautiful scenes and Mendy deserves all the adulation in the world after a remarkable debut season with the Blues.

Senegal host friendlies with Zambia and Cape Verde over the next week and that will be all for the stars this summer as they can look forward to a nice break.